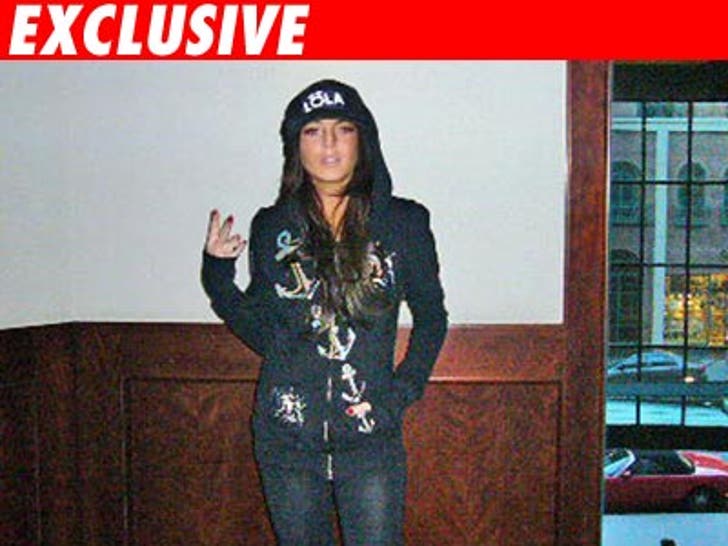 TMZ has obtained exclusive photos of Lindsay Lohan, taken the day she went to rehab. 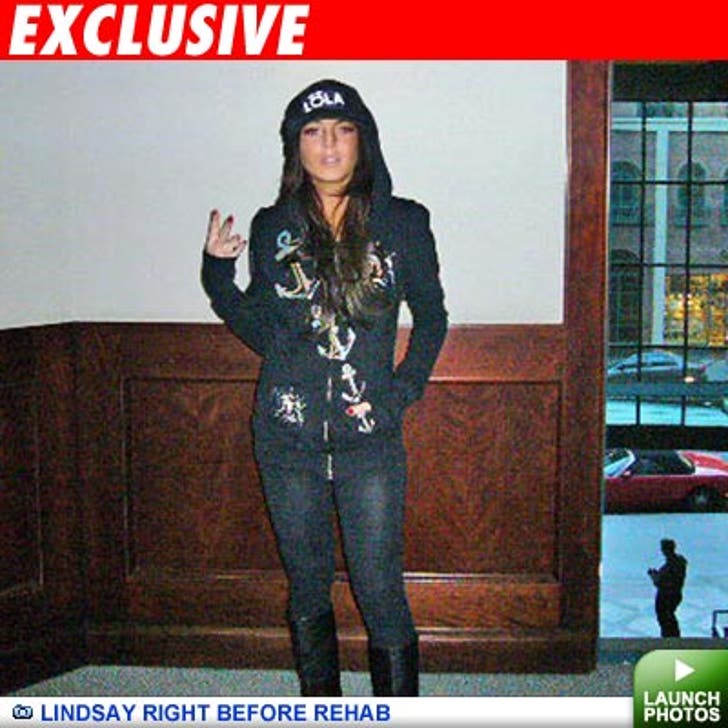 The pictures were taken Wednesday morning at Envie Beverly Hills, a swanky boutique. Lohan was being fitted in Retribution clothing, which she's wearing in the photos. La Lohan bought a form-fitting tunic hoody in black and vintage grey.

Sources say Lindsay actually went to the rehab facility the night before, but it's unclear if she checked in that night. What is clear is that Lindsay was on a shopping spree the next day, before going back to the facillity.

Lindsay was trying on clothes for a scheduled event that evening. She was supposed to co-host a party for the Retribution launch at Kitson Men. She never made it to the party, choosing Wonderland instead.