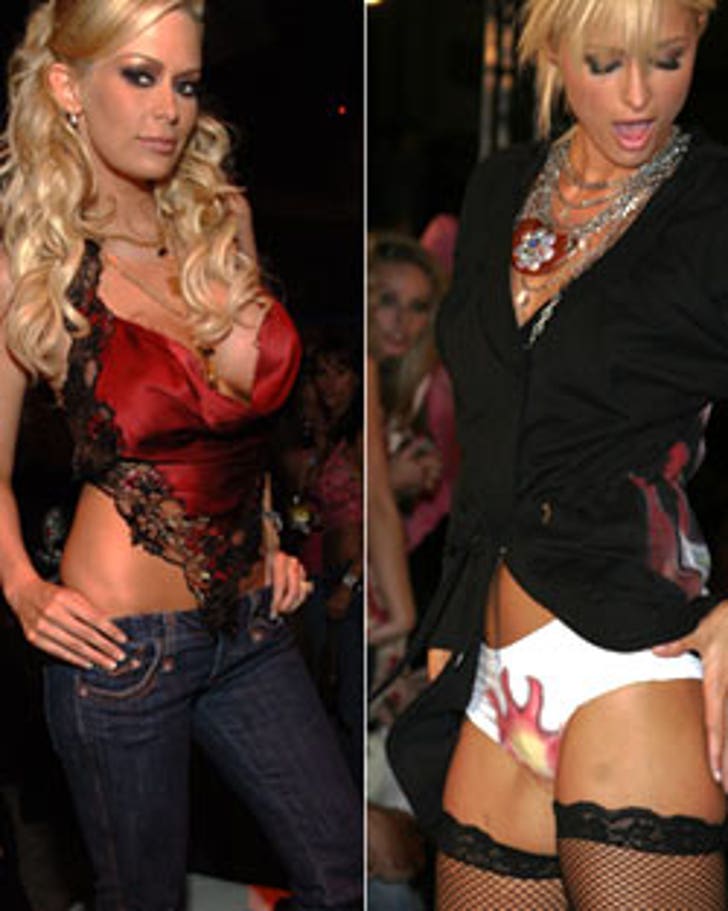 When you think of Paris Hilton and Jenna Jameson, the last thing you probably think is ... virgins.

And yet, sources tell TMZ that famed on-camera sexhibitionists Hilton and Jameson have been contacted about "participating" in a reality show currently in production called "Virgin Territory," in which a group of the uninitiated will find their way to the promised land. Ironically, it's being brought to TV by the purveyor of Paris' sex tape, Kevin Blatt, who predicts that even more people will watch "Territory" than "One Night in Paris," Hilton's infamous night-visioned romp.

To help stock his TV larder, Blatt will be unveiling giant billboards in Times Square and Los Angeles; soliciting actual, live virgins in those cities. "Finding virgins in NYC or Los Angeles is no easy task," says Blatt.