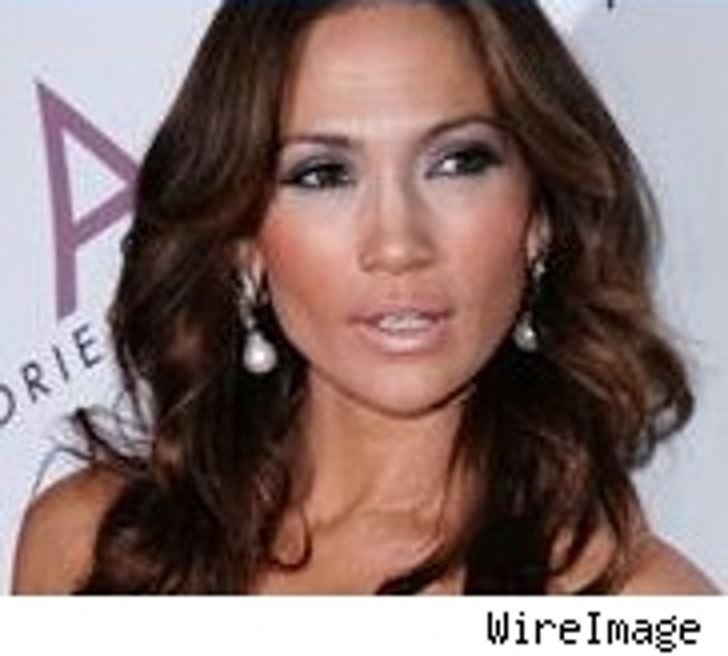 J.Lo and hubby Marc Anthony continue to cozy up to TomKat, possibly preparing to become Scientology's latest celebrity recruits. In fact, her father has been a Scientologist for more than 20 years, according to Miami's NBC 6.

"It's weird people want to paint [Scientology] in a negative way," she says. "It's just sad that people would look at it in that way."

It sure sounds like Jenny, who's Catholic -- just like Katie was before falling under Tom's spell – is well on her way to joining the church. Then Tom can turn all his attention to roping in Posh and Becks!

Brady to Bundchen: Get in Line

The night before Tom Brady was spotted leaving supermodel Gisele Bundchen's NYC apartment building, the Patriots QB partied with a flock of beauties. According to Page Six, Brady was out celebrating a buddy's birthday and had a hot blonde by his side at downtown hotspot Gin Lane. Then a gaggle of models followed him to another bar, where Brady kept the women at arm's length by telling them it was "guy's night" and repeatedly checking his cell phone. Wonder whose call he was waiting for?

Eddie to Mel B: Screw You, and London Too

Eddie Murphy snubbed the "Dreamgirls" premiere in London because he didn't want to run into ex-girlfriend Melanie Brown. A source tells the New York Daily News that Murphy was afraid the fans' reaction to him wouldn't be good "because of what he did to her" -- namely dumping her on a Dutch talk show and denying he's the father of her unborn child. Eddie's rep claims he was just tied up with publicity obligations for his upcoming film "Norbit."

"Monster Garage" host Jesse James was slapped with a $271,250 fine by California air regulators, claiming his custom bikes didn't comply with the state's clean-air laws. The bikes were spewing 10 times the legal limits of hydrocarbons ... While traveling to the U.S. to receive an environmental award, Prince Charles opted to take a commercial plane instead of his private jet because he didn't want his visit to cause unnecessary pollution ... An escaped prisoner who stole singer Crystal Gayle's tour bus was arrested in Daytona Beach after a five-day manhunt.