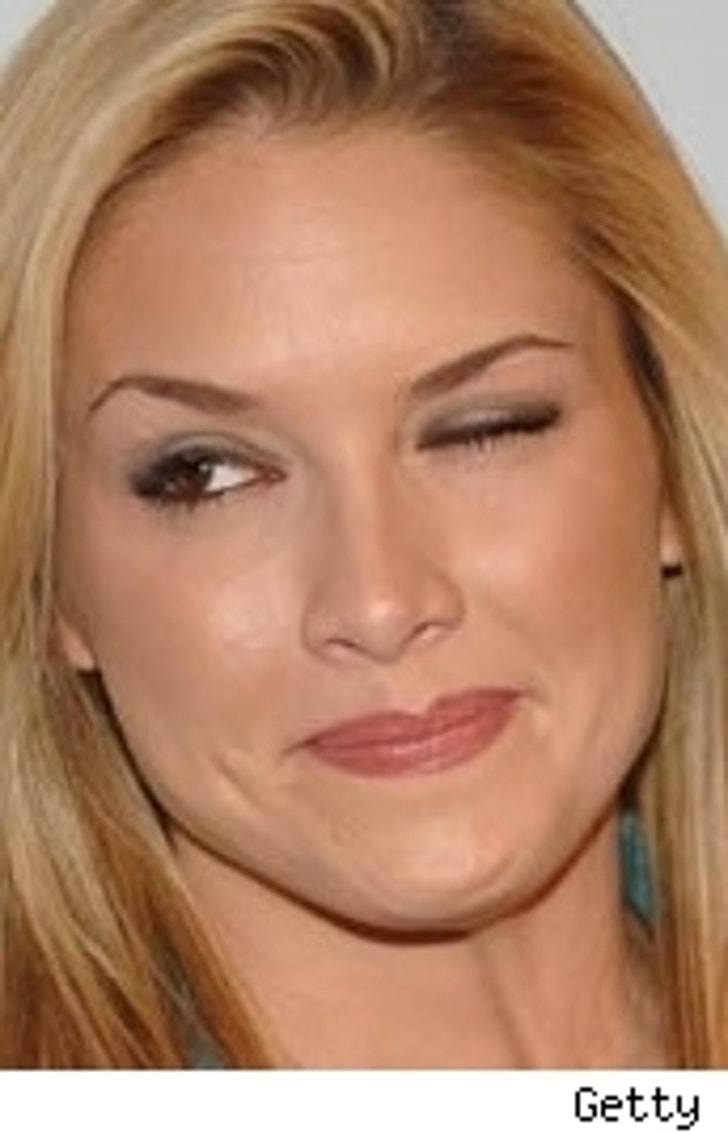 Disgraced beauty queen Tara Conner fesses up to using cocaine – as well as anti-depressants and other drugs – in an interview to air tomorrow.

According to Page Six, Conner will tell Matt Lauer on "Today," "I have done cocaine, yeah," and prescription drugs to boot. "I've tried several different things," says Miss USA, understatedly. People connected with the pageant had told TMZ when we broke the story that one of the big problems with Tara's situation was that her hair follicles had tested positive for cocaine – a much more sensitive test than urinalysis. Since then, allegations and eyewitness accounts of her nose-powdering activities have proliferated. 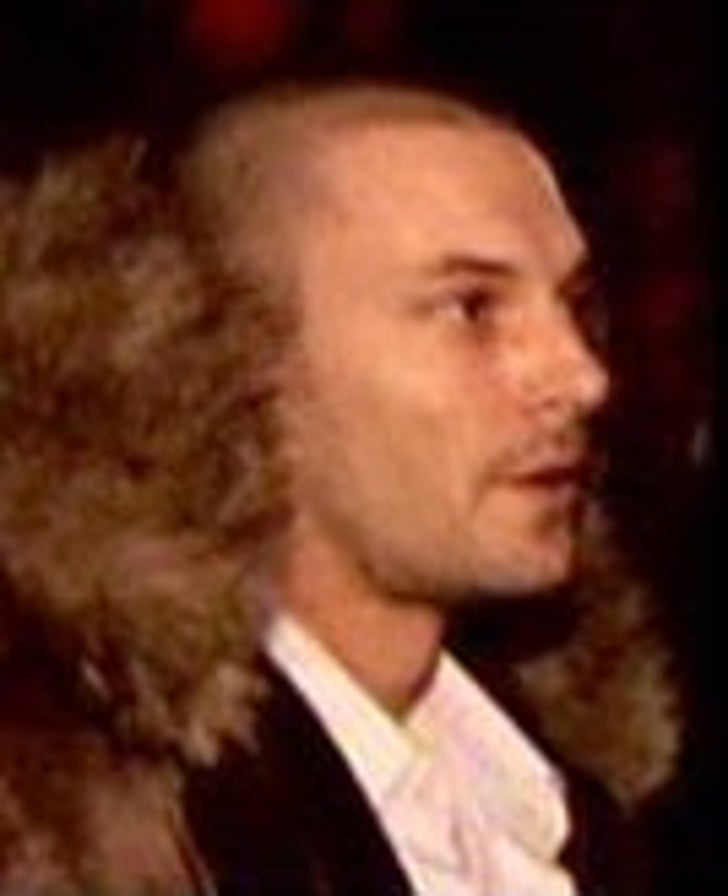 As K-Fed and Britney hash out their divorce settlement, TMZ has heard from both camps that the ex-couple is seriously trying to settle the case – including the money end of things. Regardless, K-Fed must be making a mint from that Super Bowl commercial because he just turned down a $25 million divorce settlement from Brit, according to Star. We don't know if that figure is accurate, but Star says it's Britney's final offer, the catch being that Kevin has to walk away from her – and the kids -- entirely. "There's no way he's going to disappear from their lives," says Star's source. 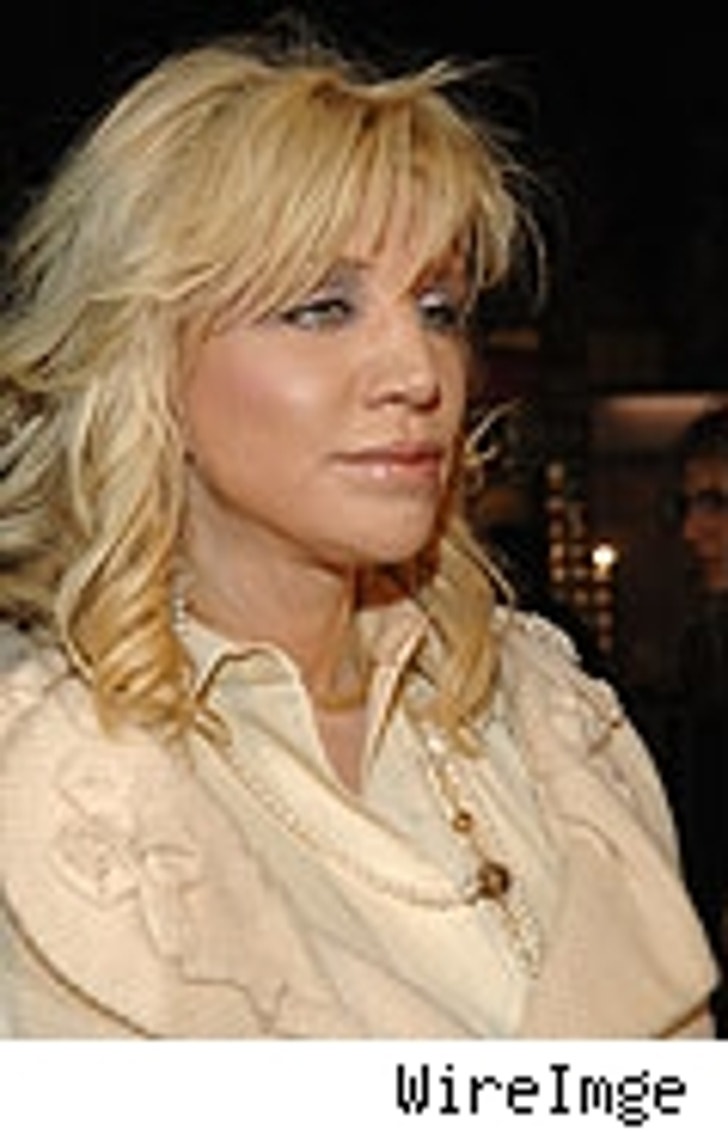 Though it might be like replacing Loopy with Crazy, Courtney Love says that "American Idol" really wants her as a judge – and maybe to replace Paula Abdul.

Love has revealed to Us that "Idol" honcho Nigel Lythgoe asked her whether she'd be interested in being a judge on the show, and a source says that he's thinking of replacing Paula with the infinitely more unpredictable rocker-actress. "I thought it was kind of weird but brilliant," says Love. It's not the first time rumors have swirled that Paula was in danger of being booted. Courtney is in L.A. recording a new solo album, says Us, and wouldn't reveal any more specific details. Reps for "Idol" had no comment. 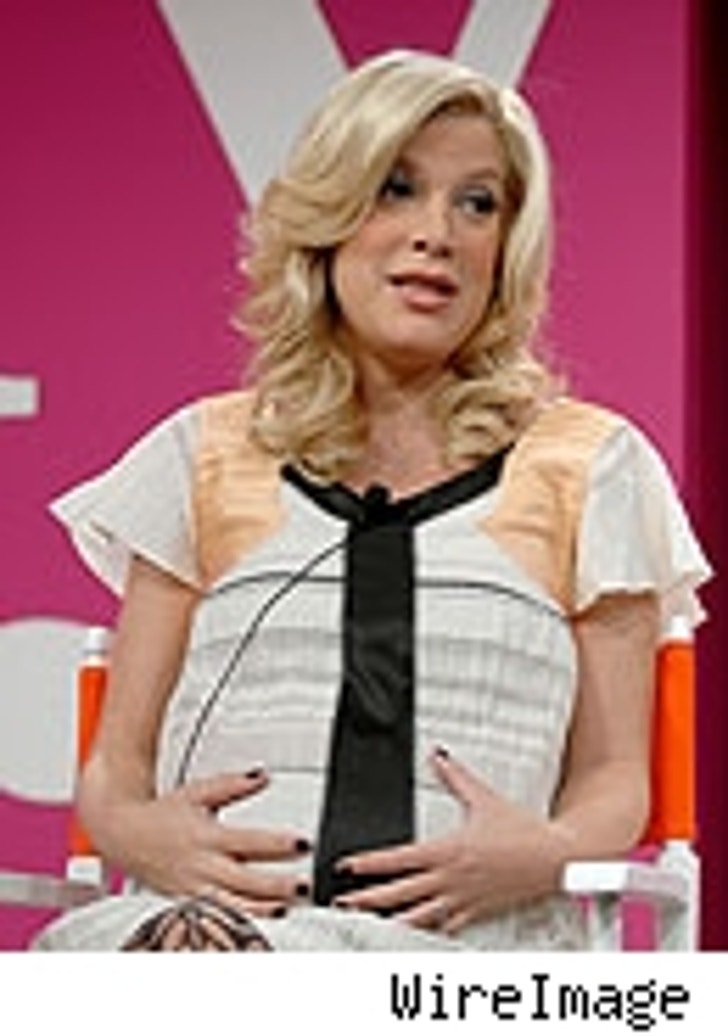 Tori Spelling is having a baby shower next week as she's nearly due to give birth, and the question is – will Candy be hosting the bash? Nope, reports Marc Malkin. The shower will be hosted by none other than ... Tupperware. Tupperware? Yes, explains a friend, "Tupperware said they're big fans of Tori's, so they wanted to do this." Filling in for grandma Candy as a mother figure at the gathering will be Tori's TV co-star Loni Anderson, and the party is a couples' shower. We've heard that everyone says it's just very sad about mom and daughter Spelling, but that Tori is acting just plain nutsy about her dislike for Candy. 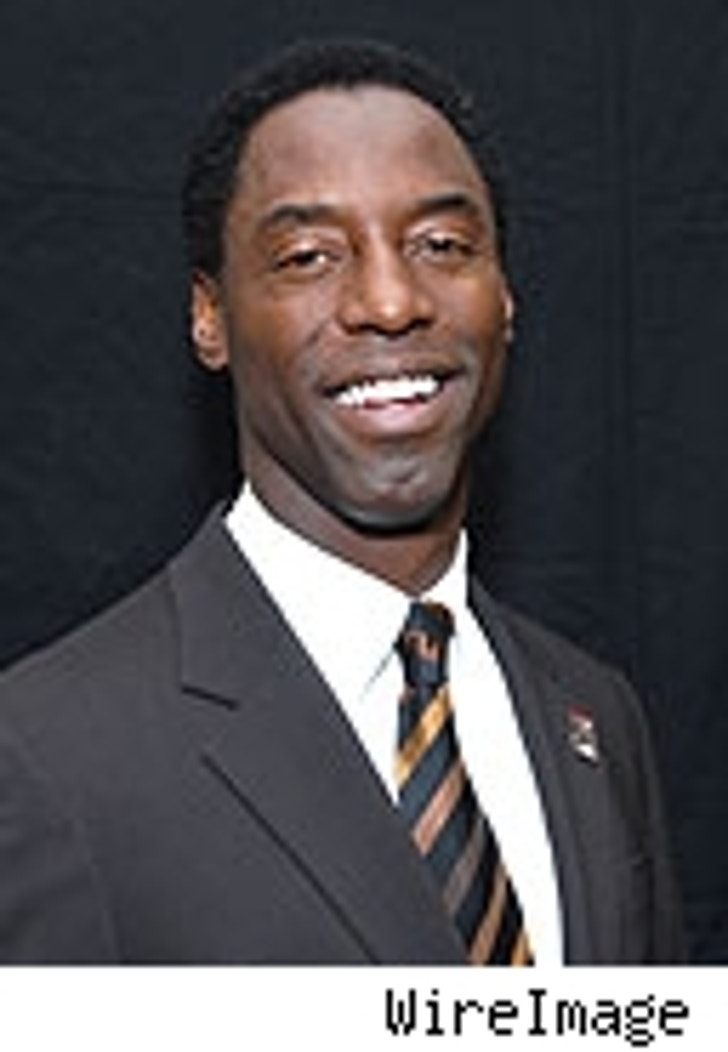 Isaiah Washington returns to the set of "Grey's Anatomy" tomorrow after his stint in rehab for anger management, says People. Washington hasn't been on the set since Jan. 23, and was not with his castmates at the recent Screen Actors Guild awards ... "Harry Potter" star Daniel Radcliffe's recent body-baring photos have upset parents of fans of the wizard-in-training series. Apparently, Potter fansites have been inundated with disapproving emails about the 17-year-old's racy pics ... A doctor who treated contestants on "Survivor" while the show was filmed in faraway lands has admitted to abusing "medical-grade" cocaine and inappropriately obtaining prescription drugs, says the New York Post. Dr. Adrian Cohen – who has also been a guest on Oprah and worked on "Baywatch" and "Mission: Impossible 2" is being investigated by Australian medical authorities.