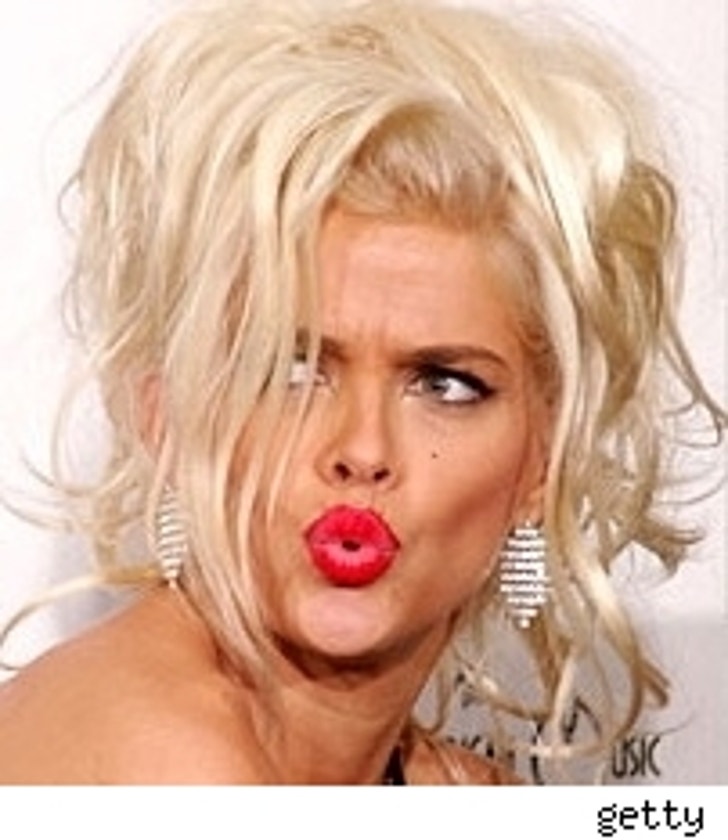 On the morning of Anna Nicole's death, her half-sister, Donna Hogan, handed over the final manuscript to Phoenix Books of a tell-all about the buxom blonde. Soon after her untimely demise, the book was titled "Train Wreck: The Life and Death of Anna Nicole Smith," according to the New York Post.

In it, Hogan discusses the "weird relationship" Anna had with her lawyer Howard K. Stern. And although she falls short of crying foul play on his part, she reportedly implies that Anna Nicole knew Stern wasn't the father of 5-month-old Dannielynn and was threatening to let the world know, which might have ticked him off.

As for the whole paternity thing, publisher Michael Viner says naming all the possible papas is nearly impossible. "Please, we'd need to include a phone book," he says.

Stern to Anna's Mom: Back Off!

Howard K. Stern returned to the Bahamas to show Anna Nicole's mother that's she not getting anywhere near his would-be daughter, Dannielynn. Wearing pink, the 5-month-old was reunited with her legal daddy at a secret location – and it was all caught on tape.

According to the New York Post, during an interview with "Entertainment Tonight," Stern didn't hold anything back about his hatred of Anna's mom. "Anna despised that woman," he says. "As long as I have breath in my body, that woman will not see Dannielynn. She can't take my baby. This is the only piece of Anna I have left."

Shortly after returning to the Bahamas, Howard K. Stern snatched back Anna Nicole's Bahamas mansion. As previously reported, G. Ben Thompson, who had a brief relationship with Anna Nicole and claims he owns the Bahamas house she'd been living in, had the locks changed right after her death. But less than 24 hours later, AP reports that Stern got onto the grounds and had them changed again -- and then told police that Thompson stole computers and some other personal items.

R&B singer Gerald Levert's death last fall was caused by a combination of prescription pills and over-the-counter drugs, reports the New York Daily News. Drugs found in his bloodstream included Vicodin, Percocet, Xanax and drugstore antihistamines. ... Paul Bettany, the actor who played the murderous albino monk, Silas, in the movie "The Da Vinci Code," roughed up a guy he thought was hitting on his wife, Jennifer Connelly. According to the New York Post, Bettany overheard the man complimenting Connelly at the Waverly Inn in New York, and then proceeded to throw him up against a wall. ... Britney's exes, Justin Timberlake and Kevin Federline, shared an awkward moment during a pre-Grammy party at Hollywood hotspot Avalon, reports People magazine. The two ran into each other on the red carpet and briefly hugged before K-Fed motioned toward the press and joked they had to keep any chatter quiet.