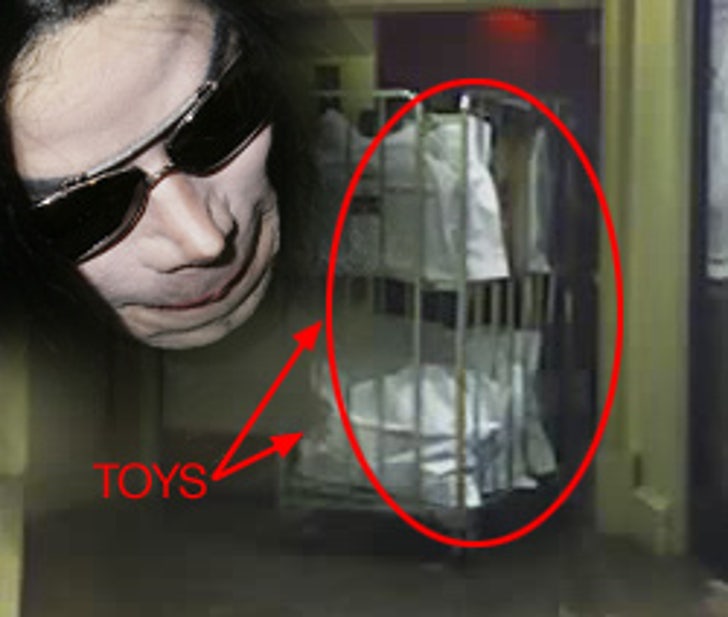 TMZ has learned that Michael Jackson's public outing yesterday, er, on a shopping spree, caused a huge scene at the Forum shops at Caesars Palace in Las Vegas.

A TMZ spy spotted the kooky King of Pop on a buying spree with his three children at toy store FAO Schwarz. They stopped for lunch at Wolfgang Puck's Chinois, where they dined in a private room. Jacko wore all black, and shielded what's left of his face under one his famous veils, while the kids, Prince, Paris and Blanket, wore long dark clothing and had their faces painted as if it were Halloween. Every day's a holiday with Jacko!

FAO Schwarz closed down so MJ could shop in private, and our spy snapped a pic of the mountain of toys he purchased.

Jacko exited the store with a pack of bodyguards and waved to fans. His children followed in what was described as "very well-trained" fashion, with their heads bowed.