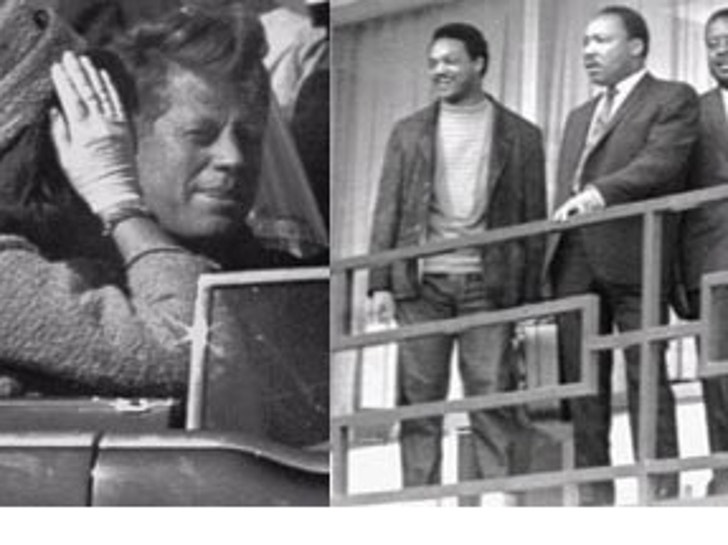 Much has been written about Senator Barack Obama's massive, $1.3 million in one night fund-raising haul in Hollywood. 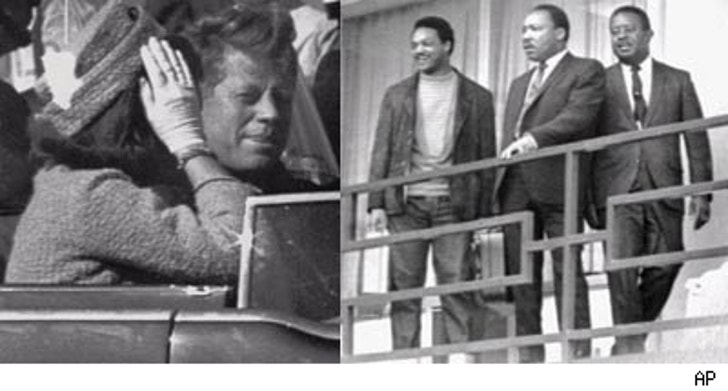 But buried in Wednesday's edition of Daily Variety, we found the ultimate "Uh, thanks, but no thanks..." compliment: Jodie Evans, one of the founders of the peace group Code Pink, gushed about Obama,

"He's kind of a cross between Jack Kennedy and Martin Luther King."

Yeah. Thanks, a lot Jodie: As if every gun-toting, hate-nut in America wasn't already salivating for this guy.