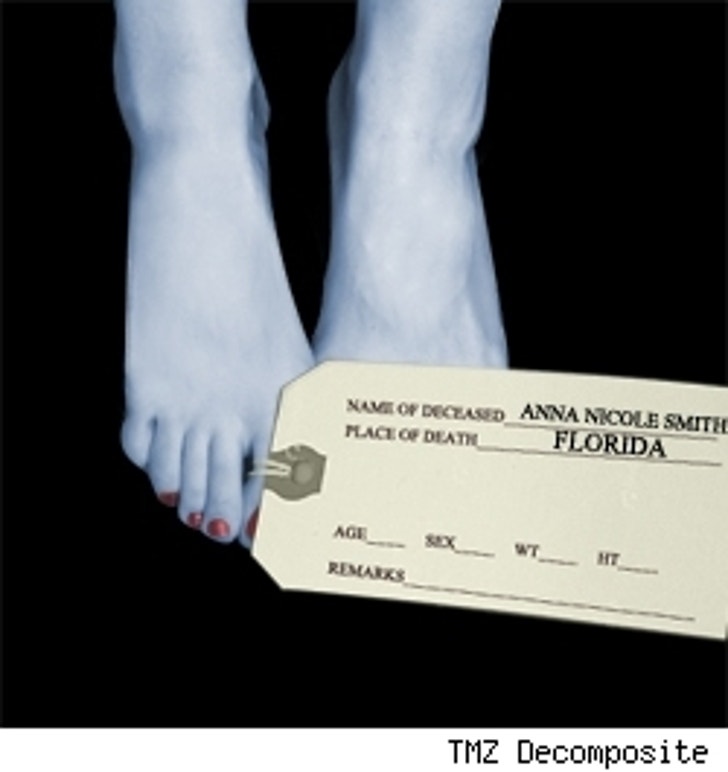 So it looks like we know what's going to happen to Anna Nicole Smith's body -- it's going to the Bahamas. But what's really going on with Anna Nicole's body -- as in, a body that's been deceased since February 8. (Warning: this can get a little grisly, so avoid ingesting within a couple hours of eating.)

TMZ got the details of decomposition from three prominent forensic scientists, including Dr. Arpad Vass of the Oak Ridge National Laboratory, a frequent consultant for police department nationwide, and here's the story.

For the first few days after you stop breathing and your blood stops flowing, your body's cells still think they're alive, and start to digest themselves from the inside, though your brain cells typically die within three to seven minutes after you do. Your skin, as it begins to get ingested by enzymes, begins to slough, slip, and shrink, causing sheets of skin to fall away; it's this shrinkage that explains the myth that your hair and nails continue to grow after death.

This is when things really get ugly, about four to six days after death. In what's known as putrefaction, bacteria begin to break down your body's tissues. The pancreas quickly digests itself, the gases in your abdomen start to blow up, causing green, blue and black colorations on the surface, and swelling within. Your tongue may shoot out of your mouth, and your body will begin to explode with sulphuric (i.e., really rotten egg-like) smells.

But here's the good news for Anna -- embalming will give the body up to a year of relief, especially if done well, with synthetic fluids. Dr. Vass tells TMZ that a body embalmed at the highest level of skill could be recognizable for up to two years.