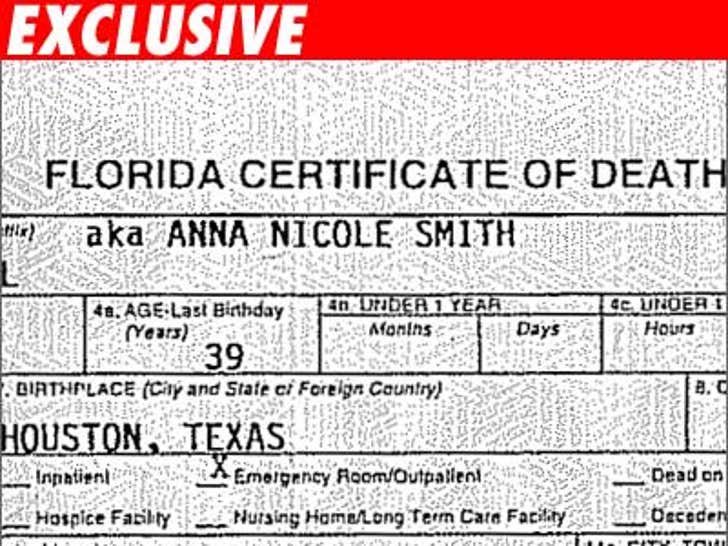 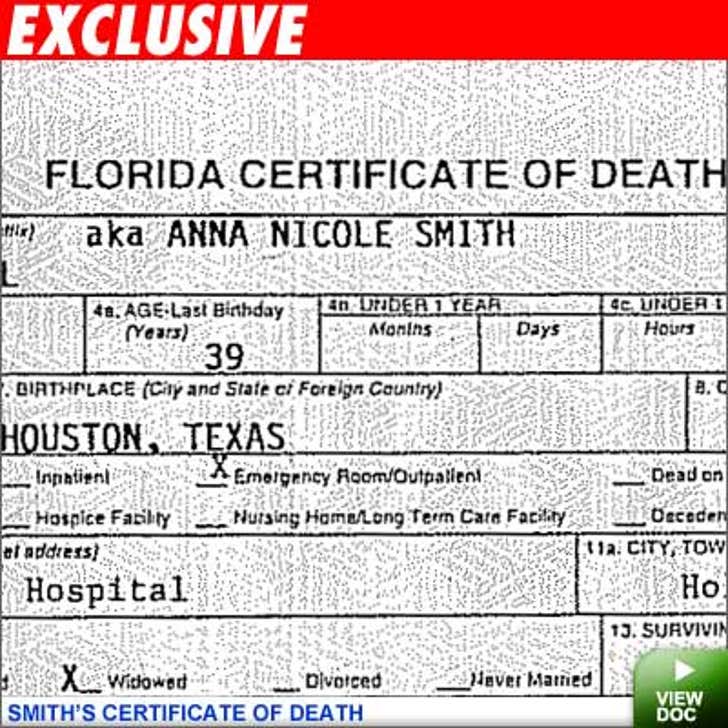 On the document, Howard K. Stern is named the "Informant," and describes his relationship to Anna as "Nominated Executor." What's interesting is that he did not list himself as Anna's husband, boyfriend or even lawyer. An official from the Broward County Office of Vital Statistics told TMZ, "We would have not given him that title without his request."

The certificate also states that Anna's level of education is "8th or less."

The former Playboy Playmate and TRIMSPA spokesperson was discovered unconscious in her hotel room at the Seminole Hard Rock Hotel and Casino in Hollywood, Florida on February 8. Paramedics rushed her to Memorial Regional Hospital where she was pronounced dead shortly after arrival. She was 39.