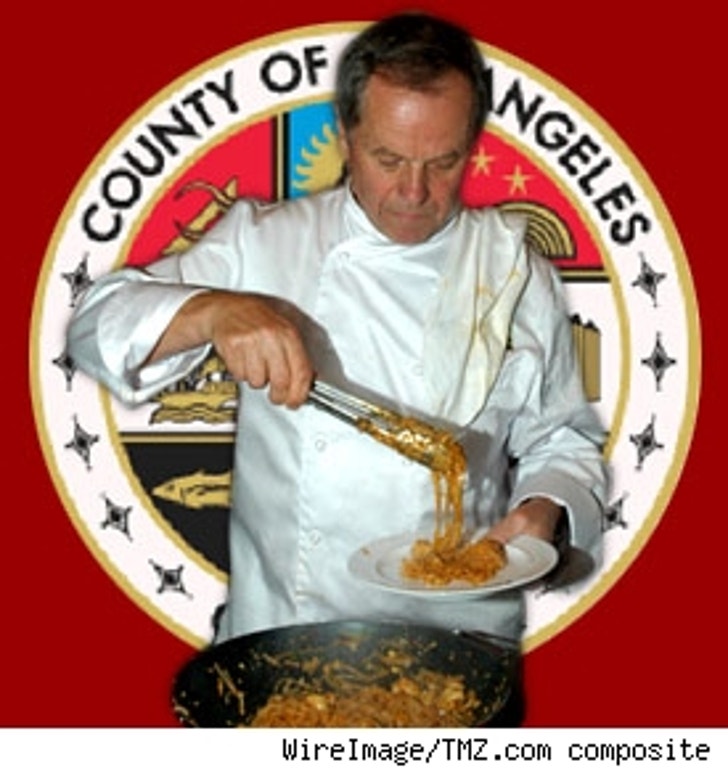 Why is everybody concerned about not revealing the hosts of the parties catered by Wolfgang Puck's catering company, which exposed hundreds of guests to the Hepatitis A virus? Wolfgang Puck's people wouldn't tell us, and the head of Public Health for Los Angeles County won't tell us, despite multiple chances to do so.

And so we're wondering: What is it about these hosts that makes Puck's company and the L. A. County Department of Public Health think that it's better to keep the hosts' identities secret than to get the word out as quickly and widely as possible, using the media to help prevent the spread of the virus?

An official from Public Health told TMZ earlier in the week that some of the hosts were "very high profile people." To that we say, so what?

Dr. Jonathan Fielding, MD, MPH, the Director of Public Health for LA County, tells TMZ, "I don't believe that broad notification is the best way to reach people. It is much better for the people who hosted these parties to contact their guests directly." But why, we ask?

Fielding says that yesterday, after TMZ put pressure on County officials, the Department gave hosts of these parties a letter, warning them of their exposure. He said that his staff would work with the hosts "today and Monday" to confirm that their guests would be notified, but could not guarantee that all would get the notice.

And again, when pressed, neither Dr. Fielding nor Puck's people could provide a specific legal rationale for not revealing the names of the hosts of these parties. Dr. Fielding cited "privacy concerns" and the fact that some of the parties were held in private homes.