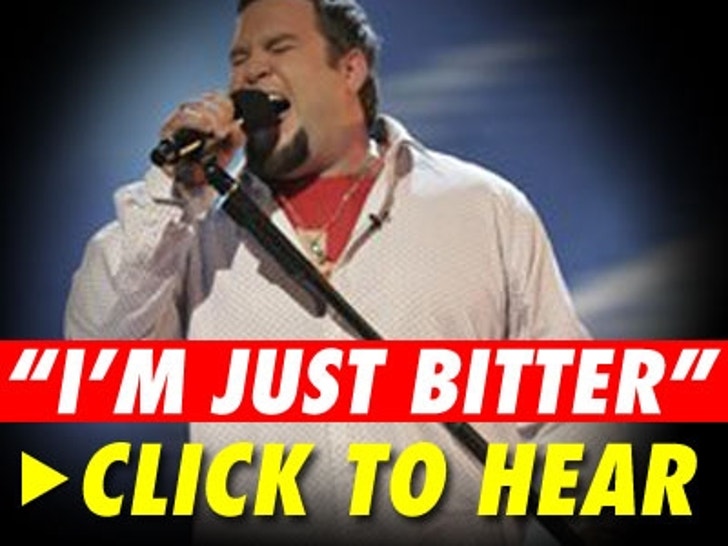 The horribly bearded Sundance Head was booted from "American Idol" last night -- and today he admits there's one cocky SOB left in the bunch. 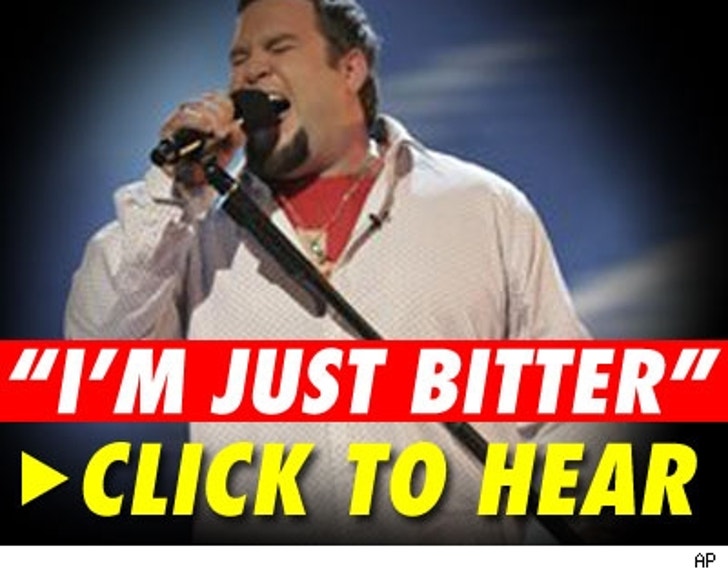 The rejected singer was on Ryan Seacrest's KIIS-FM morning show, where he said one of the guys remaining on the show -- whose name he wouldn't mention -- thinks he already has the competition in the bag.

Sundance also confessed he was shocked he was kicked off -- as the pseudo-vocal stylings of Sanjaya Malakar remained in the Top 12 -- saying, "I had not prepared myself for that ... I was a little angry ... at this point I'm just bitter this morning."

Head's elimination was only the first bad news he received yesterday, as OK! Magazine reveals he received word right after the taping that his cousin died in a fire that night. The cousin, Burl Head, had given Sundance $1500 for his stay in Los Angeles during the competition.