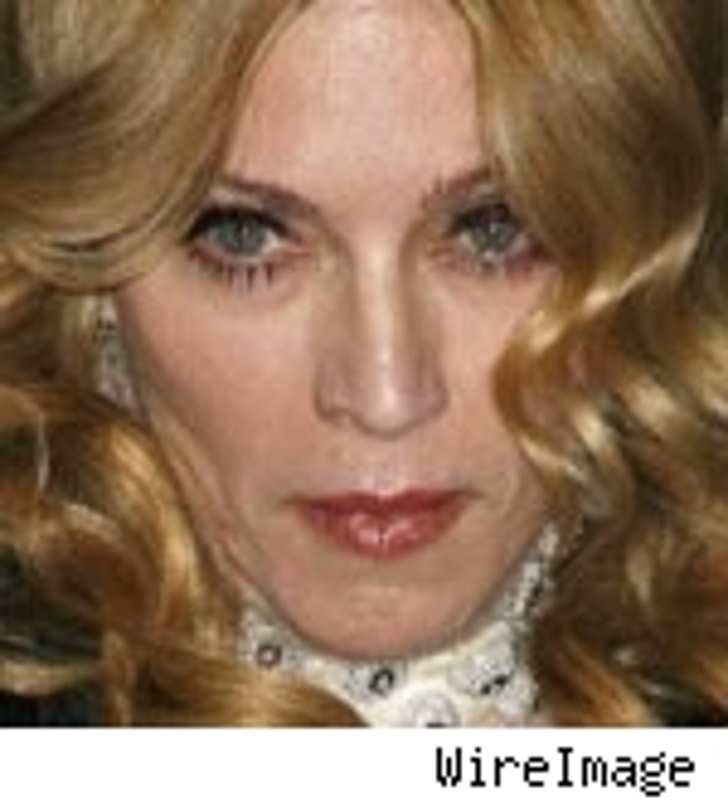 When Madonna sleeps, everybody sleeps. And don't even think about using the water when the Material Mom slumbers.

This is just one of the odd tidbits that the world will learn about Her Madgesty's life behind closed door is detailed in a new tell-all from her former nanny, Melissa Dumas. Apparently, as Page Six reports, Madonna won't let anyone make noise while she sleeps, including taking a shower -- and that includes hubby Guy Ritchie and the kids. Titled "Live To Tell: My Life as Madonna's Nanny," the dishy tome is slated for a September release with Crown Publishers. Dumas -- who lived with Madonna from 2005 to 2006 -- also reveals that Madge enforces a strict household media ban and a stringent dietary regimen. Live to tell? We're not so sure.

Naomi Campbell wasn't fooling anyone when she told People that she was "happy" to mop floors. The BlackBerry-wielding model/actress/whatever is set to do a five day stint at New York's Sanitation Department as part of her community service punishment for throwing a cell phone at her housekeeper. "I never spoke about what I would and wouldn't do ... I'm just doing what I'm told to do and that's it," she said, adding that she'll bravely "get on with my life" when it's over. The angerific Campbell swears she's turning over a new leaf, and claims that once this whole mopping business is behind her, she'll be donating to charity and working on finding a TV gig that will allow her to help "change people lives."

Lane Garrison Has a Guardian Angel 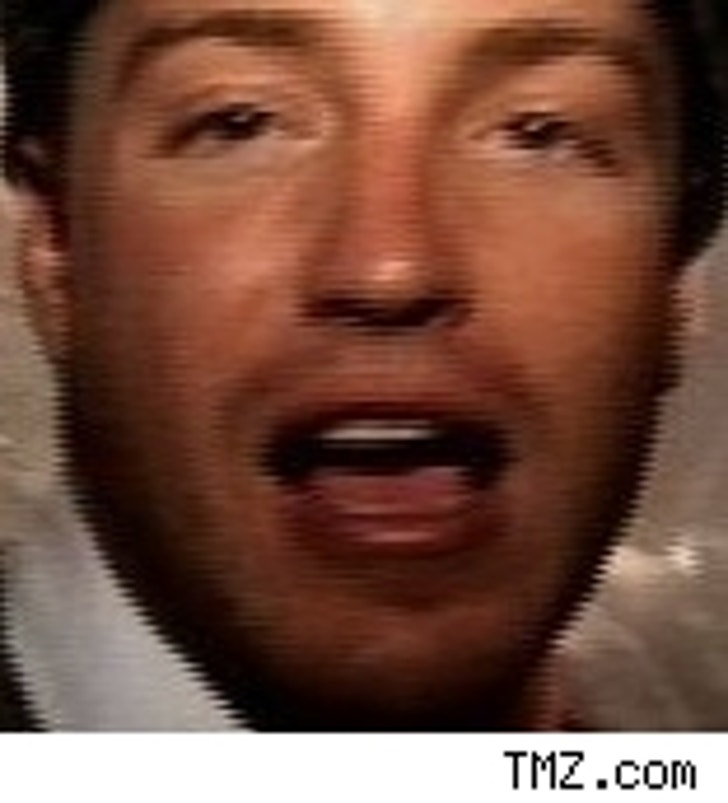 Embattled "Prison Break" star Lane Garrison has at least one Hollywood pal firmly in his corner. Mark Wahlberg, Garrison's co-star in the upcoming thriller "Shooter," threw his support behind the troubled actor, who is now facing manslaughter charges in connection with a car crash this past December that killed a 17-year-old. Wahlberg told reporters, "I pray for [Lane] every single day of my life. It was a horrible accident. It's a tragedy for everybody involved and we're just praying for everybody." Wahlberg is no stranger to trouble: The "Departed" star admits that he was "a kid that got into trouble," and estimated that growing up, he'd been arrested anywhere between 20 and 25 times by the Boston Police. Garrison is currently free on $100,000 bail, giving him a brief reprieve and the opportunity to do the press circuit for the new film.

Jennifer Aniston was spotted in New York this week having drinks actor Sam Rockwell. Witnesses say she and Rockwell, who stars with Jen's ex Brad Pitt in the new film "Assassination of Jesse James," seemed to be discussing a possible new film project. ... Eva Longoria is keeping her bridezilla in check, but has big plans for her July nuptials to NBA star Tony Parker. She wants singer Kenny Chesney to perform at her wedding -- but Chesney "just doesn't know it yet," she says in Cosmopolitan's April issue. ... Scarlett Johansson: actress, model ... shoe designer? Johansson launched her new line of shoes for Reebok on Thursday night, and announced that Reebok would be donating 2,000 pairs of shoes in her name to the Soles4Souls campaign, benefiting Sudanese refugees.