More than a month after her death, Anna Nicole Smith's former help are coming out of the TV woodwork. 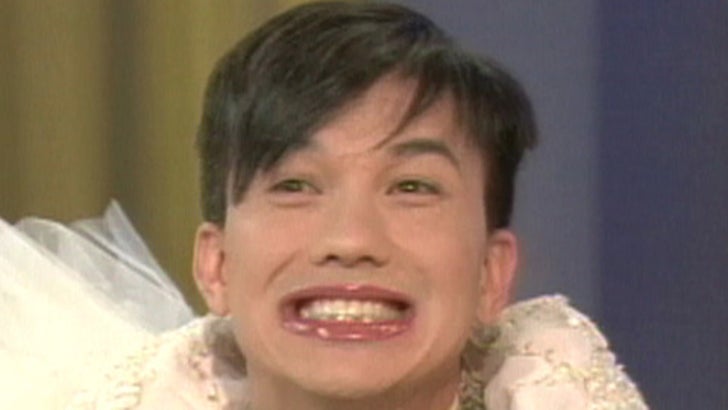 A glammed up Walther kept it classy, telling Tyra "it's hard not to love Anna, I definitely loved her," and that she hoped Dannielynn would know how much her mother cared about her.

Bobby Trendy, in an attempt to prove he's twice the woman Walther is, showed up for the taping in boots even a hooker would avoid, and a ridiculous top with more frills and taffeta than the showiest quinceanera gown. Trendy revealed to Tyra that Anna believed lip-gloss made people pay attention to you, and said that Anna never wanted anything from him for free -- though he gave no explaination as to why she wanted to pay for his monstrous creations.