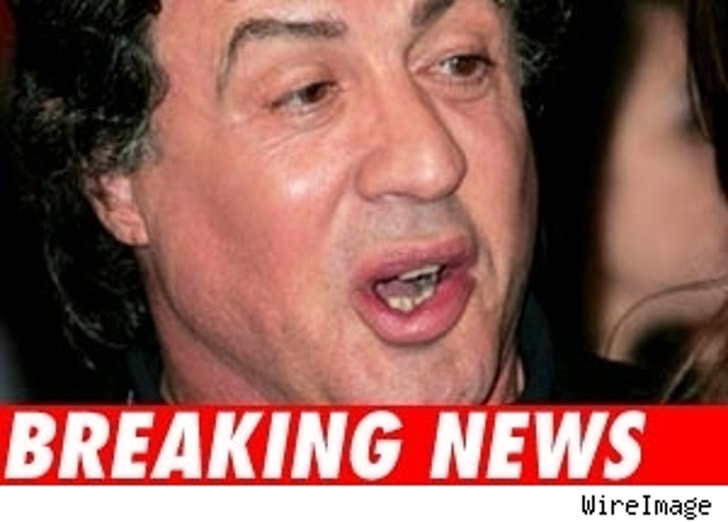 Just moments ago, Sylvester Stallone was officially charged with illegally importing performance and image enhancing drugs in a Sydney courtroom, according to the Sydney Morning Herald.

According to Australian authorities, the 60-year-old action star, who did not appear in court, was caught at Sydney Airport with several vials of a steroid known as hGH (human growth hormone), during a random baggage check. Customs officials claim they found a total of 48 vials of the steroid after they raided Stallone's Sydney hotel room, limousine and private jet.

Stallone will be required to enter a plea on April 24. If found guilty, he faces a maximum fine of $22,000 Austrailian.

According to steroid.com, "Bodybuilders may illicitly self-administer hGH to improve size and strength, usually by subcutaneous injection into the lower abdomen." HGH has also "become a popular but expensive medication prescribed in anti-aging therapies."

Stallone was visiting Australia in February to promote his latest film "Rocky Balboa. Calls to Sly's rep were not immediately returned.