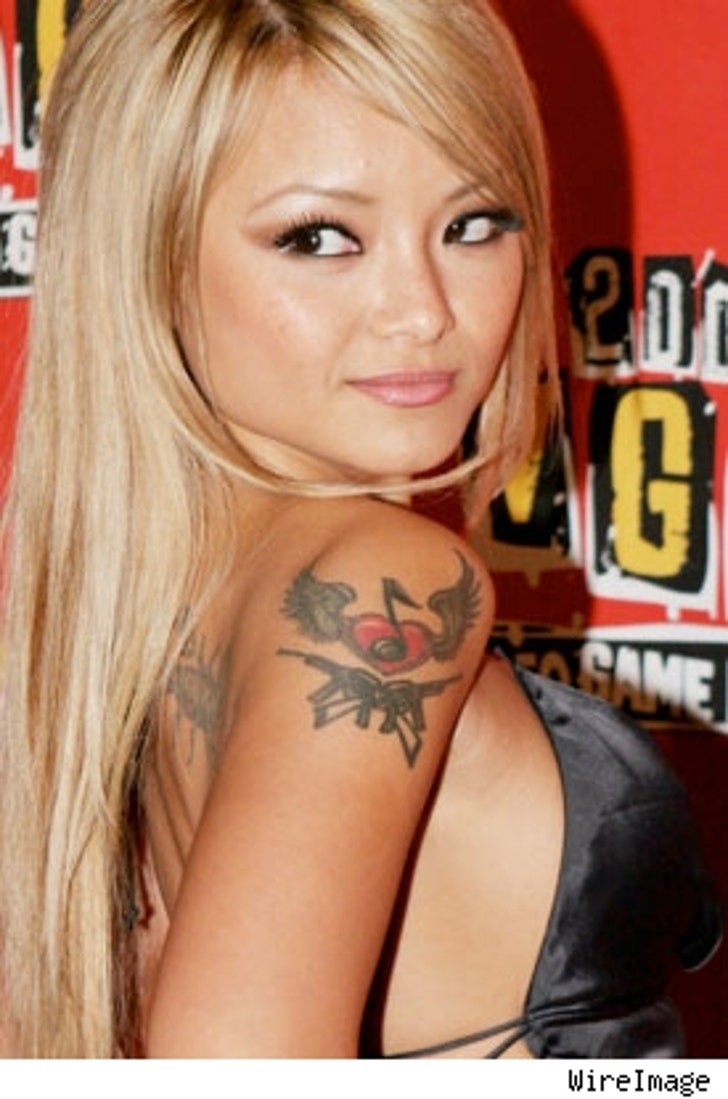 Saucy model Tila Tequila is lashing out at the cyberhand that feeds her, accusing MySpace.com of going too "corporate" for her liking.

In a statement on her MySpace page, which is connected with 1.7 million friends, Tila blasted the networking site after she was asked to remove a certain media player from her webstie. "I feel like they've become so corporate now and won't even allow me to do fun stuff on my page anymore such as post up cool new widgets from other websites," Tila wrote. "MySpace will now only allow you to use MYSPACE things and that means you can not find other ways to promote yourself. In other words ... you're just stuck here and only here."

She directed her ire directly at MySpace, saying, "Please I ask you guys....don't sell out on us now. You guys used to be so cool. Don't turn into a corporate evil monster." Perhaps it's too late.

The content in question is Indie911.com's Hoooka player -- a multimedia player that artists and users can put on their sites. It not only streams videos and songs, but users can purchase them straight from the player.

The player was posted on Tila's page to promote her first album, but was removed over the weekend. Other artists, however, still have Hoooka players on their MySpace pages. A rep for MySpace tells TMZ, "MySpace did not remove anything from Tila's profile. A MySpace representative contacted her and told her that she had violated our terms of service in regards to commercial activity. She removed the material herself, after realizing it was not appropriate for MySpace."

Calls to Tequila's reps were not returned.