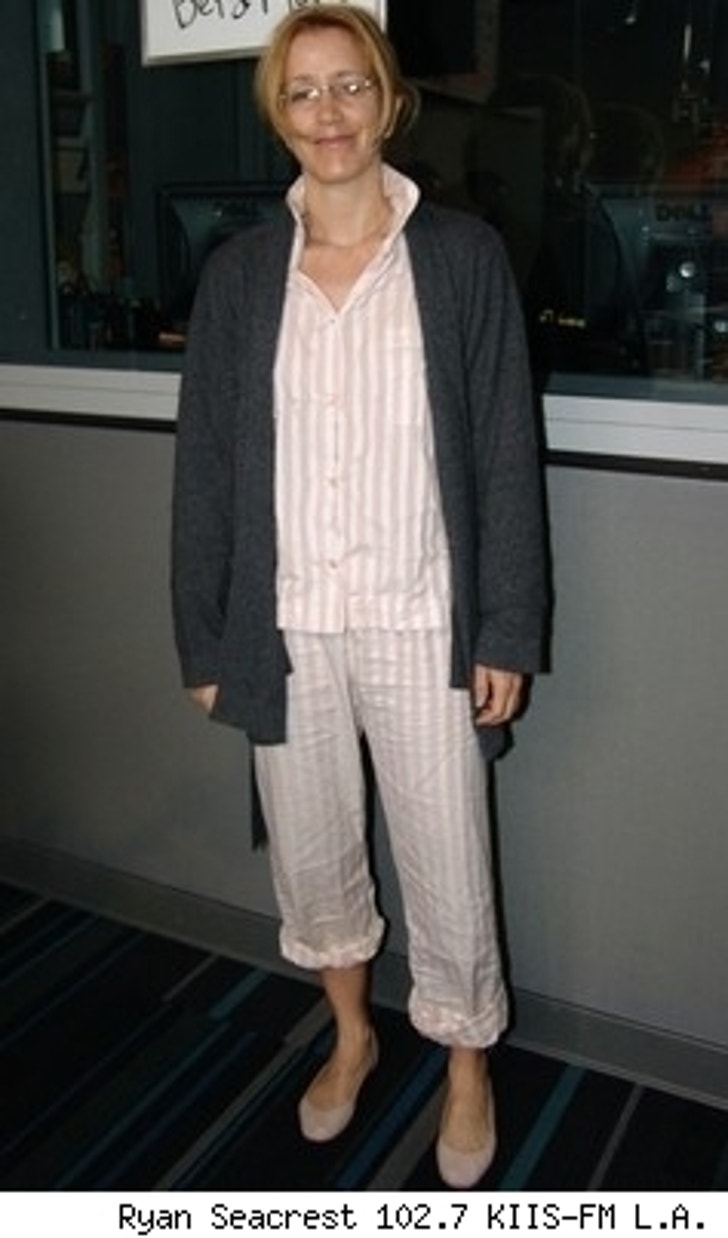 Felicity Huffman's got a look that's made for radio.

The desperate housewife sleepwalked her way over to Ryan Seacrest's radio show this morning -- in her bedclothes! Only problem was, her interview with Ryan was scheduled for tomorrow, not today. Seacrest gamely let her into the studio, where she called herself "a loser," blaming her casual getup on a late work night, and jokingly, on an I.Q. roughly equal to "room temperature."

At least she was kind enough to roll her pajama pants, explaining that the dog had peed on them a little bit.