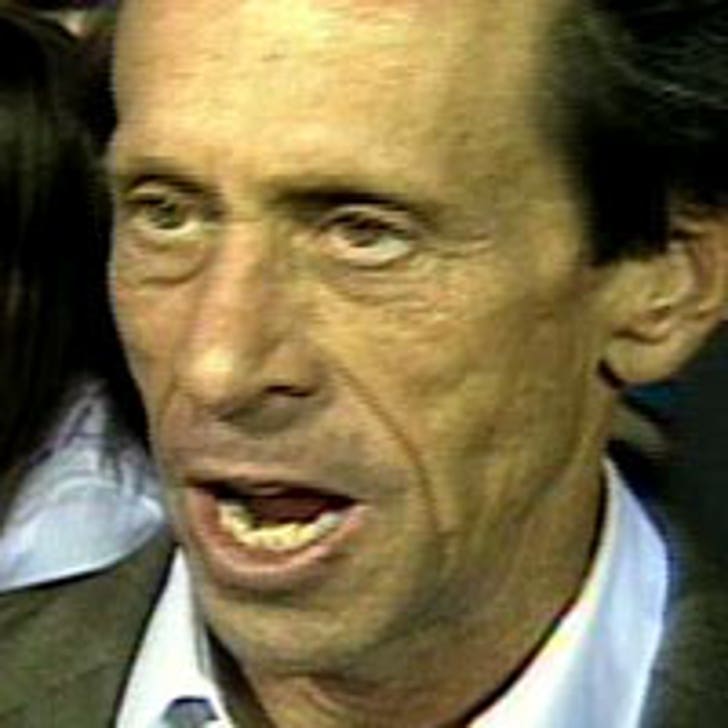 This wasn't supposed to be how it went down: A prestigious package of opinion pieces in one of the country's most-lauded newspapers, the Los Angeles Times, guest-wrangled by one of Hollywood's most powerful producers, Brian Grazer. As entertainment firebrand Nikki Finke snarked when the deal was first announced a week ago, Grazer's was a nothing-if-not-ironic menu of op/ed pieces: "Pitbull entertainment litigator Marty Singer wrote a piece about the 'power of allegations'; ...psychologist Paul Ekman -- who's a facial interpretation expert wrote about the subject of 'catching liars.'"

While Finke's headline summed up most folks' skeptical reaction: "Hollywood Producer is LAT Guest Editor; No Wonder He Assigns Essay About Liars."

So it came as a considerable surprise when it was the integrity of the Los Angeles Times Op-Ed editor, Andres Martinez, that would be called into question: After media blogger Kevin Roderick broke the story on his L.A. Observed blog that Martinez was dating Kelly Mullens, one of Grazer's publicists, the excrement really hit the whirling blades.

First, Martinez tried to explain things away in his LAT blog. It didn't cut much ice, especially after an announcement of Grazer's guest gig featured his girlfriend as the press contact. Then, per Roderick: "Los Angeles Times Publisher David Hiller, under heavy pressure from the news staff, scrapped the Current [LAT's Opinion] section that was to be published Sunday under the guidance of Hollywood producer Brian Grazer." Moments later, Martinez resigned, and even offered an unusual online explication of why. Speaking of opinions, a sampling of the L.A. Times feedback section suggests readers feel that both the paper's op-ed editor and its publisher are suspect here.

Said one poster, identified as 'John Edlund,' "We find ourselves in a world continually threatened by disasters political, economic and environmental, yet the L.A. Times, already publishing two or three Calendar sections a day, feels that it is acceptable to turn over the opinion section to a Hollywood guest editor. I think that potential conflict of interest due to a romantic relationship is the least of our worries here."

Added another commentator, 'Jeff McMahon': "It's truly amazing that David Hiller has suddenly discovered the conflict of interest provisions of journalism's codes of ethics. After all, the Tribune Company's strategy has been to exploit situations in which interests are inherently conflicted - such as owning newspapers, television stations, radio stations, and in one truly unfortunate city, even a baseball team, ...and then creating advertorial synergies between them. It's a bit hard to believe anyone spawned by the Tribune Company headquarters is so concerned about ethics. So what's really going on here?"

Should Grazer ever have gotten this gig, and now that the cat in the hat is out of the bag, why not publish the op-ed pieces? We'd love to know what you think, dear readers...