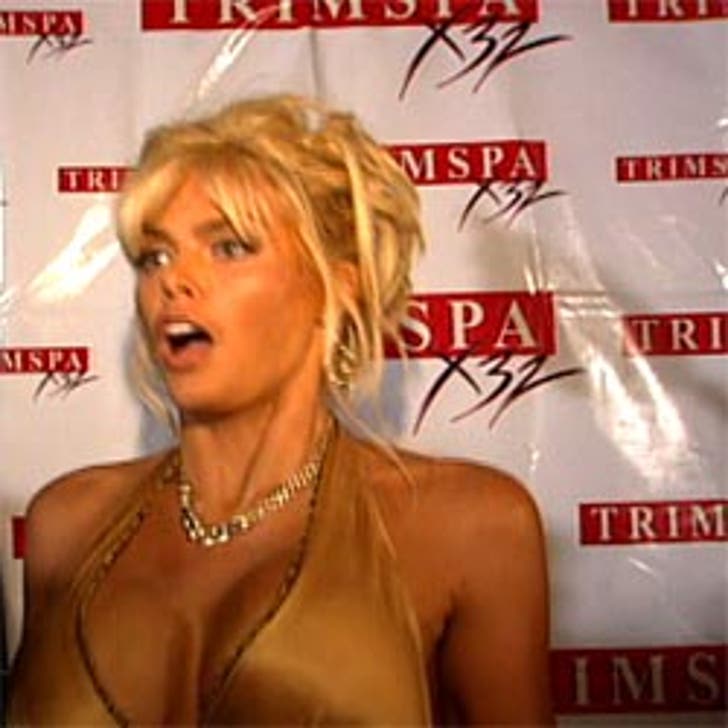 TRIMSPA, the company pimped by Anna Nicole Smith and credited for her spectacular weight loss, is claiming that their former spokesmodel used human growth hormone only for its anti-aging properties, even though it was described by Chief Medical Examiner Joshua Perper as a "longevity/weight reducing medication."

In a statement to TMZ, TRIMPSA claims they spoke with Howard K. Stern yesterday, who told them, "Smith took human growth hormone since 1999 or 2000," but added that the hormone was used for its anti-aging properties -- not its slimming effects -- which are said to influence the metabolism of proteins, carbs and lipids.

In addition to Anna's fondness for HGH, she also indulged in another weight loss product -- Slim-Fast. The Broward County Medical Examiner stated that they found the diet drink on her nightstand in the Hard Rock Hotel room where she died, and TMZ memorably obtained exclusive photos of several cans of Slim-Fast and a family-sized bottle of methadone in Anna's Bahamian mini-fridge.