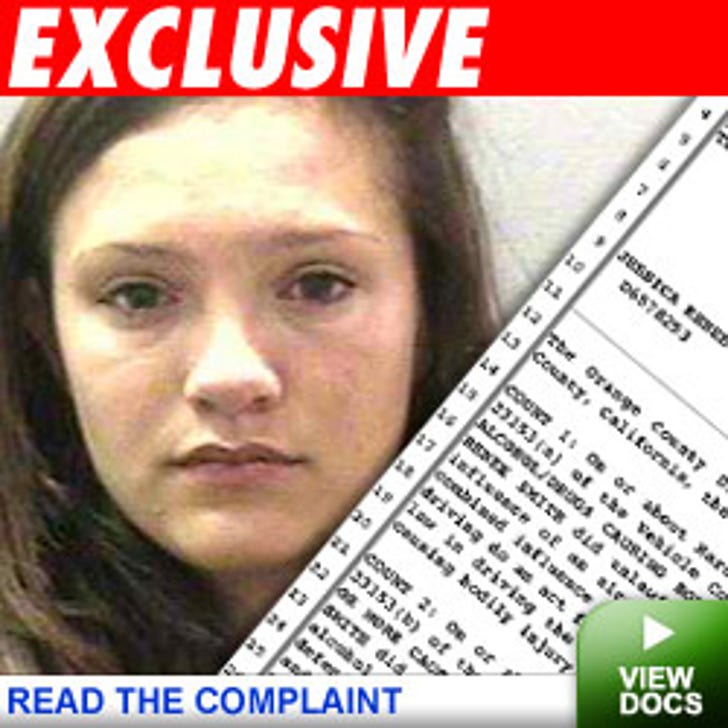 TMZ has learned that wayward "Laguna Beach" star Jessica Smith has just been released from an Orange County jail, after being charged with two misdemeanor counts of driving under the influence.

Smith,19, who spent almost three full days behind bars, was arrested Monday on suspicion of felony driving under the influence of alcohol or drugs and of causing "great bodily injury" during a crash on the Santa Ana Freeway near Los Angeles. We're told that Smith had a blood alcohol level of .12.

Sources tell TMZ that because Smith wasn't charged with a felony, her bail was reduced from $100,000 to $5,000. Although her bail was reduced yesterday, Smith was apparently unable to come up with the bail until today. Under the terms of her release, Smith has been ordered not to drink alcohol and to attend one AA meeting per week until her arraignment on April 25.