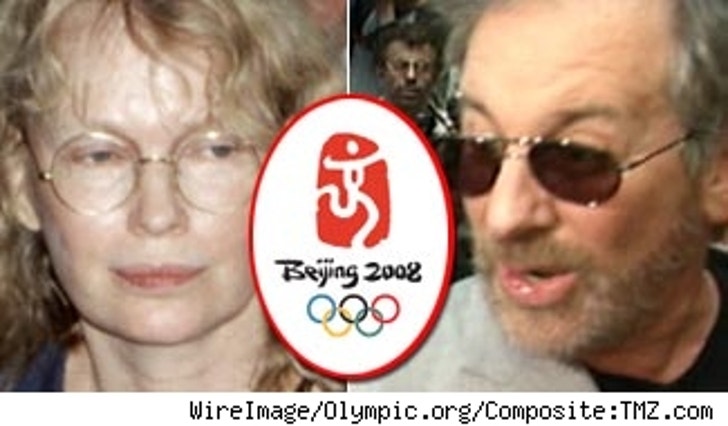 Mia Farrow lashed out at Steven Spielberg for his involvement with the 2008 Beijing Olympics, going so far as to compare the Oscar-winning director to a Nazi filmmaker! Oy gevalt!

Spielberg is consulting on the opening and closing ceremonies for the Beijing games. In a Wall Street Journal article titled, "The Genocide Olympics," Farrow accuses China of "bankrolling Darfur's genocide" in Sudan, and calls Spielberg (and various corporate sponsors) to task for attempting "to sanitize Beijing's image." Farrow wants them to use their power to put pressure on the Chinese government in order to end the slaughter in Darfur.

Farrow demanded, "Does Mr. Spielberg really want to go down in history as the Leni Riefenstahl of the Beijing Games?" Riefenstahl, who died in 2003 at age 101, was the German film director famous for her Nazi propaganda films, "Olympia," and "Triumph of the Will."

Notably, Spielberg produced and directed "Schindler's List." His proceeds from the film go directly to the Shoah Foundation, dedicated to preserving the testimony of genocide survivors, including the Holocaust.

TMZ contacted Steven Spielberg's rep, who had no comment.