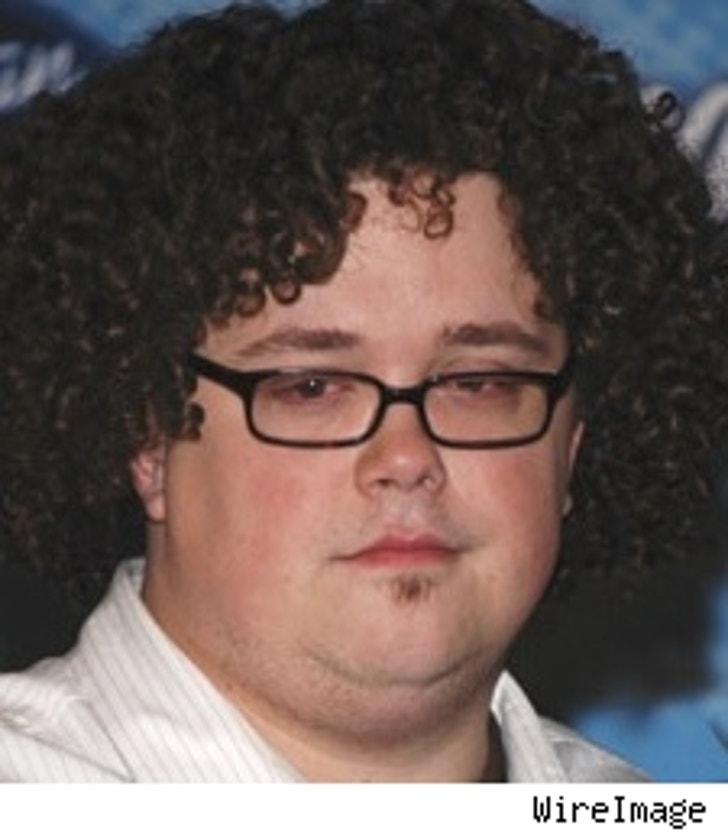 A Sligh-tly sore loser, are we?

Mop-topped "American Idol" hopeful Chris Sligh, who just got the axe on Wednesday, now says he thought about quitting the show after getting excoriated for his maverick arrangement of "Endless Love," and that he really just stayed in to get paid as one of the Top Ten, who will go on tour this summer.

In an interview with his hometown paper, the Greenville, S.C. News, Sligh says he never really wanted to be the American Idol. "I never came into this wanting to win it. I made the Top Ten. That was my goal," says the big-haired Sligh, who many observers pointed out bears a striking resemblance to "The Simpsons'" Sideshow Bob.

But when he was told that he wouldn't be able to go on tour with the Top Ten if he pulled out, Sligh grudgingly stayed in, getting his final walking papers two weeks later.