Snoop, there it is! Snoop Dogg pleaded no contest in a Los Angeles County Superior Court today on two felonies related to arrests last year on gun possession and marijuana charges. 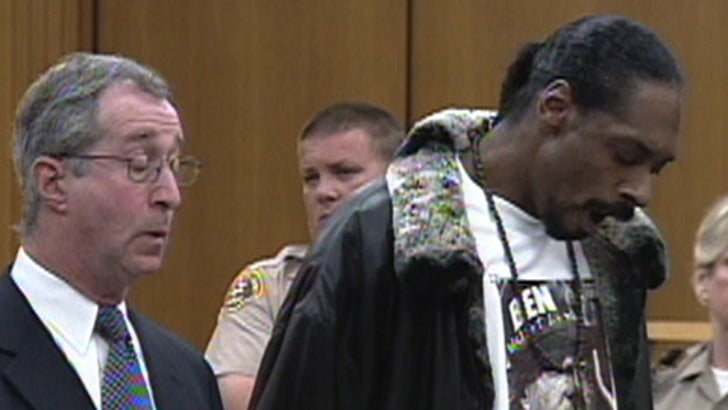 He was given a three-year suspended sentence -- so no jail time. Dogg has also been sentenced to five years of formal probation and 800 hours of community service. Coming soon to a roadside near you!

Snoop was arrested on October 27 outside Bob Hope Airport in Burbank, Calif. after police found a gun and marijuana in his car. He was then arrested on November 28 near NBC Studios after an appearance on "The Tonight Show with Jay Leno." Police say they found the rapper in possession of cocaine, a firearm and a large amount of marijuana. He was also cited for allegedly having a false compartment in his vehicle.