It was a flashback to the early '90s last night as Mark Curry aka "Mr. Cooper", and Salt-N-Pepa's Spinderella made rare appearances at Area. 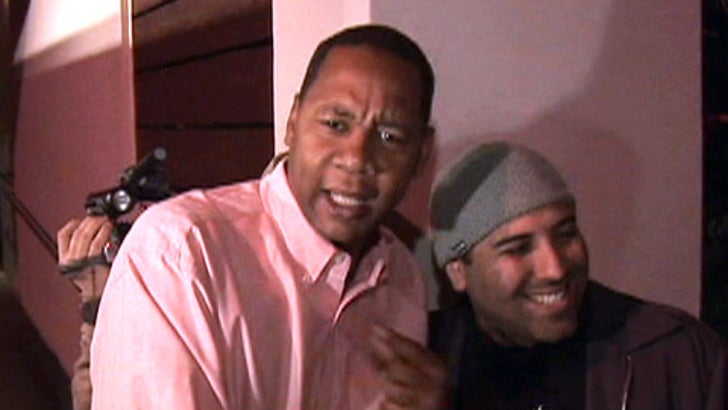 The two attended Complex magazine's 5th anniversary party, which played host to all the usual nightcrawlers. A confused Paris Hilton showed up with boytoy Josh Henderson, while Paul Wall showed off his grillz to photogs.

Hilton's former BFF Kim Kardashian was there too, proving she doesn't need the heiress to get recognition -- Kimmy had to fight off autograph seekers. That sex tape apparently won a lot of fans!

All this and more in today's partyin' like it's 1995 Star Catcher.