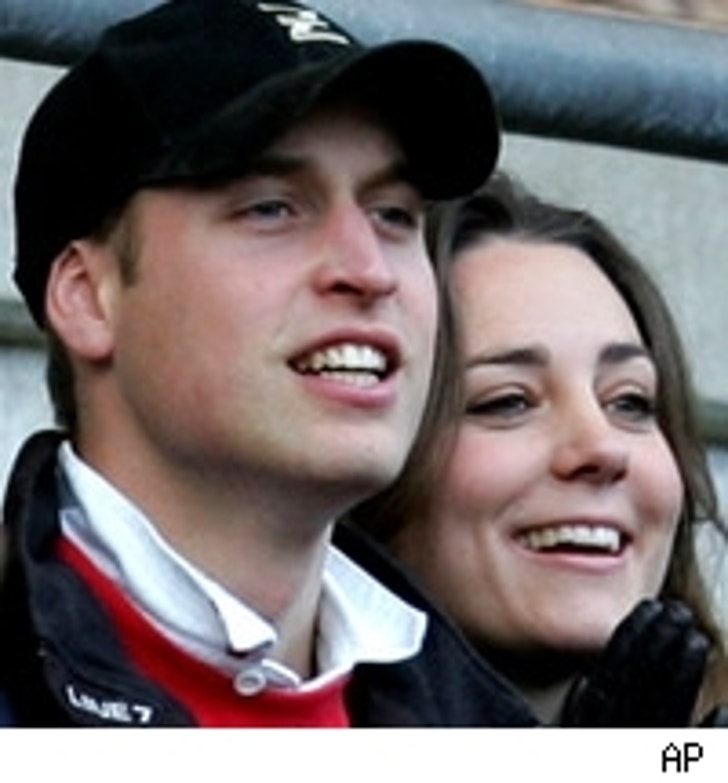 It's hard out there for a ... prince. Prince William and longtime girlfriend Kate Middleton have split. The 24-year-old prince and his older ladyfriend (she's 25) met while studying at St. Andrews University in Scotland, and have been seen aro

According to a friend of the couple, the split was "amicable," reports People. Reps for the prince refused to comment.

Poor Penelope Cruz. Now that her BFF Salma Hayek has gotten herself knocked up, Penelope is feeling left out of the baby game.

The oh-so-single Cruz told the Spanish-language edition of Marie Claire magazine that she wanted to have kids and that, like Angie Jolie and Madonna before her, "My life won't be complete if I don't adopt."

When asked about potential baby-daddies, Penelope was, well, mum.

Kelis is proving that she really is "Bossy." She pissed-off organizers of last weekend's White Party in Palm Springs, who claim that she showed up nearly two hours late, and then only performed two songs. One event producer went so far as to suggest that the IRS be called -- "Kelis demanded her $25,000 payment up front, in cash. But then she didn't perform. Someone needs to alert the IRS – because we know she won't." Event organizer Phil Lobel said that, "Kelis acted like a diva."

For her part, Kelis' rep Tracy Nguyen told the NY Post: "There were many missteps behind the scenes which created a less than suitable environment for any artist to perform. Because of her love for her fans, Kelis made the decision to take the stage, against any advice not to do so."

A raging fire engulfed three houses near Robert Evans' home in Hollywood. The fire came within inches of his property line but Evans, along with his gardener and assistant, managed to keep the flames at bay with garden hoses until the fire department came. ... Barry Nelson, the first James Bond, died this weekend at the age of 89. He played James Bond in a one-hour TV adaptation of "Casino Royale" in 1954. ..."Two and a Half Men" star Jon Cryer (we love him best as Duckie from "Pretty in Pink") will wed longtime girlfriend, TV journalist Lisa Joyner, in Mexico in June.