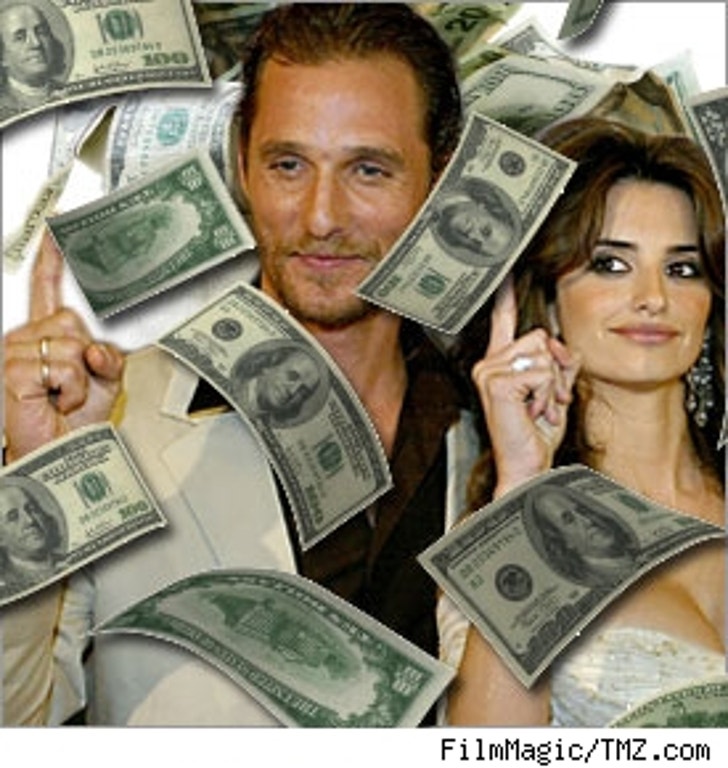 After the Los Angeles Times revealed that each star spent more than $800,000 in lavish perks to keep themselves looking tip-top on the set of the infamous box-office flop "Sahara," no one -- not the actors reps, the production companies or even Matt and Penelope themselves -- has refuted the claims. Despite several calls throughout the day, everyone seems to be circling the wagons ... and saying nothing!

So is Matt really OK with spending nearly $200K on an entourage? Does Penelope think it's normal to blow $135K on a hairstylist? And do the production companies think that the going rate for an assistant is $114,000?

The lack of words seem to be telling the story.