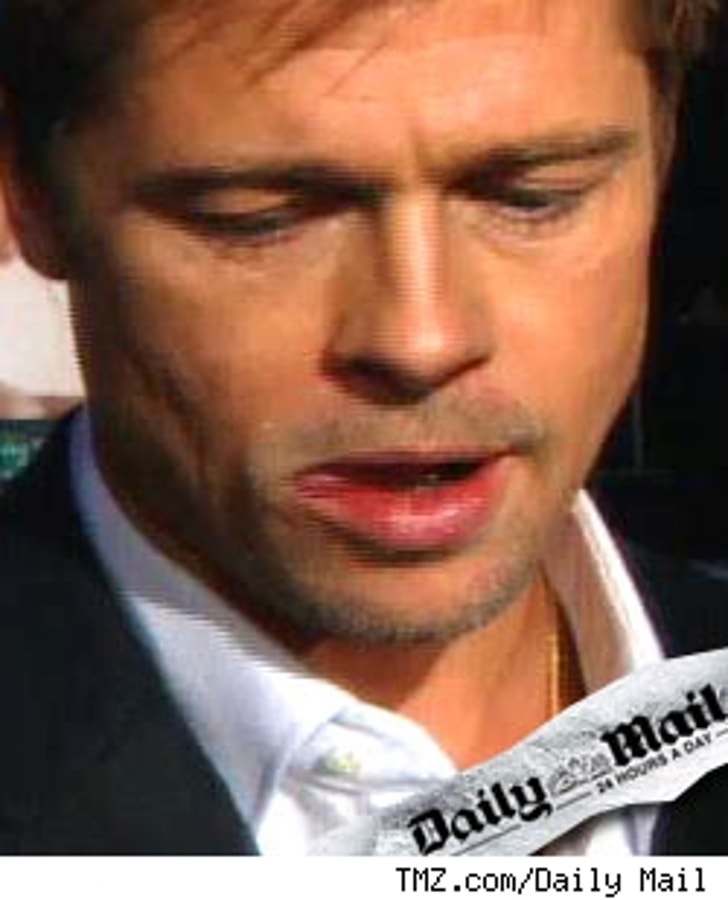 Did Brad Pitt really start telling a random stranger that having the media dissect all the "rubbish" about his life is "hell," and call Angelina Jolie "Supergirl," all while sitting alone drinking a beer at a Hollywood hotel bar?

An article in Monday's Daily Mail (UK) by Michael Jackson biographer J. Randy Taraborrelli, entitled "Is it the end of Brad and Angelina" has folks buzzing, because, in it, Pitt whines that all the attention is "hell" and pleads for the media to stop picking on Angelina. Problem is, Pitt's rep tells TMZ, the "interview" never happened. For one thing, Pitt wouldn't use a Brit-ism like "rubbish," and he certainly would never call Angelina "Supergirl." What's more, even if he were at the Roosevelt Hotel's restaurant, he wouldn't be there hanging out at the bar, boozing by himself.

TMZ repeatedly tried to contact Taraborrelli, but he didn't respond to our requests to tell his side of the tale.

This isn't to say, of course, that Pitt doesn't think that the media attention surrounding him and his kids isn't batty. We're told that the tree-climbing paparazzi have gotten so "ridiculous" at five-year-old Maddox's school, that the boy has to enter and exit the school through a back entrance so that paps don't disturb Mad's classmates as they come and go. Now that's some rubbish.