Tom and Katie booked it to New York City yesterday to push a Scientology detox program with a pricey dinner. 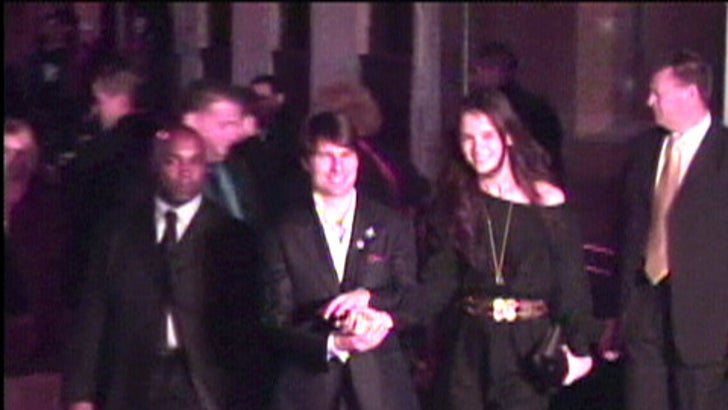 TomKat made an appearance at a benefit for the New York Rescue Workers Detoxification Project, a rehabilitation project based on the teachings of, guess who, L. Ron Hubbard. Tickets for the dinner went for $6,250 each, with the money going toward helping city workers who suffered breathing difficulties after 9/11.

Also spotted in New York last night: President Bill Clinton and Kevin Spacey at The Old Vic, where Spacey is performing in "A Moon for the Misbegotten."

All this and more in today's Thetan, Presidential edition of Star Catcher.