The paparazzi took aim at Scarlett Johansson this weekend -- with one cameraman screaming "bitch!" at her as she flew past. 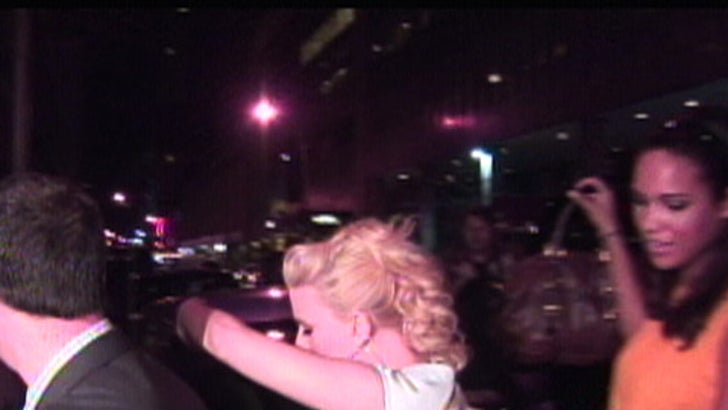 Photogs went wild trying to get a shot of Johansson heading into an SNL afterparty at McCormick & Schmick's late Saturday night in New York. When the stacked starlet tried to brush by the crowd, one cameraman started shouting "don't be a bitch! Bitch! Bitch!" Yeah, that'll get her to strike a pose.

Also at the party were Dave Chappelle, the always bizarre Bjork, and cast member Amy Poehler with hubby Will Arnett.

Later in L.A., Jessica Alba and Cash Warren continued to prove they're still together by heading to Mr. Chow last night, which was also visited by a dapper Tyrese and a short-skirted Amanda Bynes. Sean Stewart got some grub as well, making a stop at Koi Saturday night.

And here's one for the "WTF?" file -- one-time Olympic Gold medalist Tara Lipinski partying at Area, a club packed with the likes of JC Chasez, Ian Ziering, and the other Tara, Ms. Reid.

All this and more in today's bitchfest of a Star Catcher.