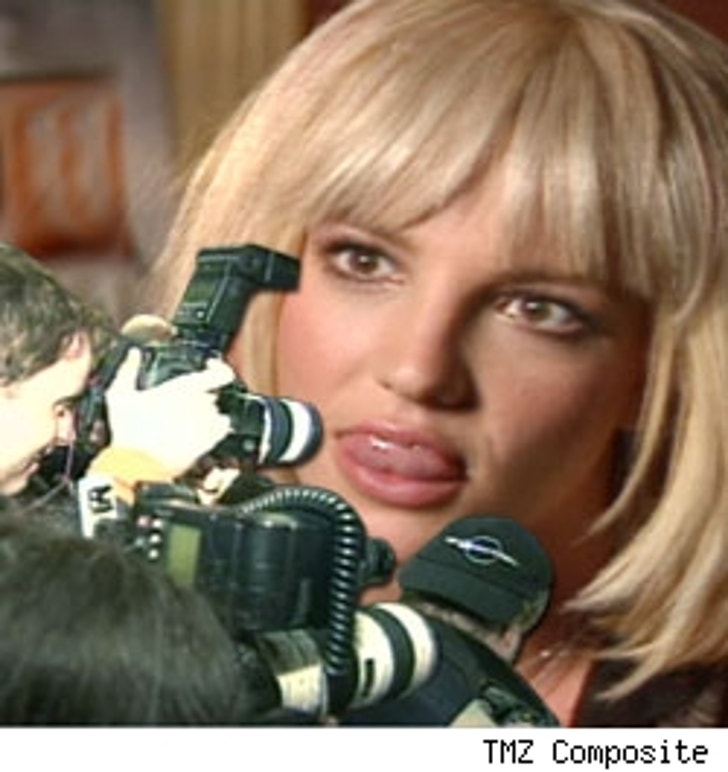 Britney Spears is contacting her fans through e-mail lists and asking them to "sneak up on their friends and photograph them." Translation: Become a paparazzo.

Spears is holding a fantasy photo contest through her Internet fan club where fans can submit photos of their friends and family to try and win a Video iPod signed by the former Mrs. Federline herself. The contest is a promotion for her new fragrance "Midnight Fantasy." What's that smell?

The pitch to her fans is, "Share what happens to you when the clock strikes 12 ... where are you? Who is with you? Pay attention to yourself -- what are you doing? How do you feel? Savor every last detail and when you think you have it down, recreate that perfect moment and capture it as best you can in a digital photograph." Say cheese, y'all!

Oh, and by the way, "No images containing nudity, obscenity or violent depictions are permitted." That means no pantyless crotch shots, people!