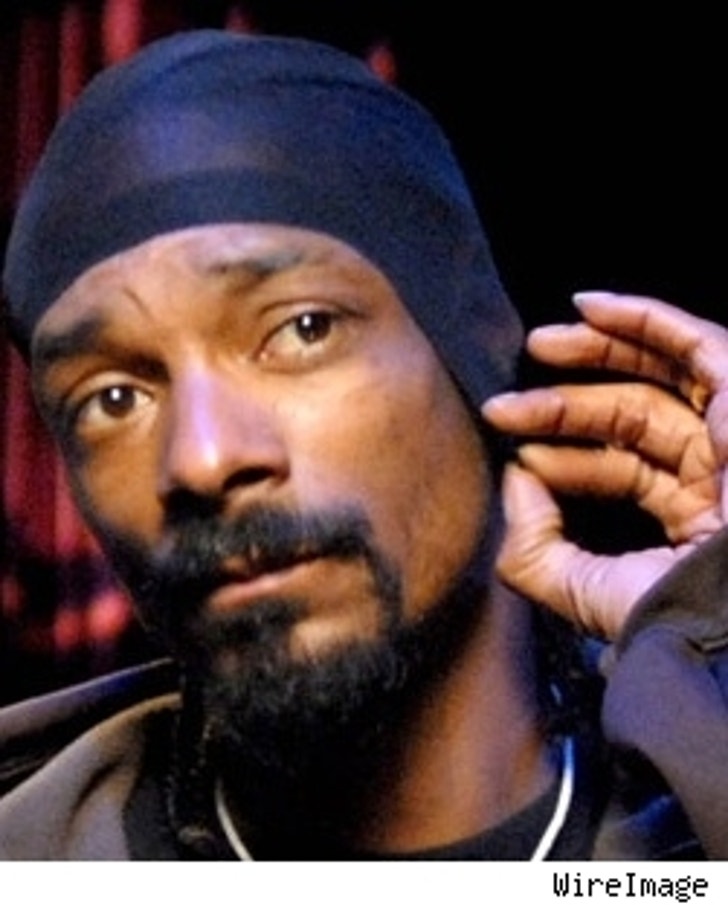 Snoop Dogg just got dogged by Australia, which is barring entry of the rapper because of his extensive rap sheet, making this the second time in two months he's been shut out of another country.

The Doggfather (real name: Calvin Broadus) was supposed to fly into Sydney this week to co-host the MTV Australia Video Music Awards, but Immigration Minister Kevin Andrews says Snoop didn't pass their character test and added, "He doesn't seem the sort of bloke we want in this country." Arf!

The last time Snoop was in Oz, he overstayed his visa by two days and got an official warning. He has 28 days to appeal the decision, but his L.A. based lawyer had no comment this morning.

Just last month, he and Diddy had to scrap a tour after he was denied entry by the UK.