Nicole Richie was spotted at the gym yesterday -- with her celebrity trainer muscling away photogs for the tiny starlet. 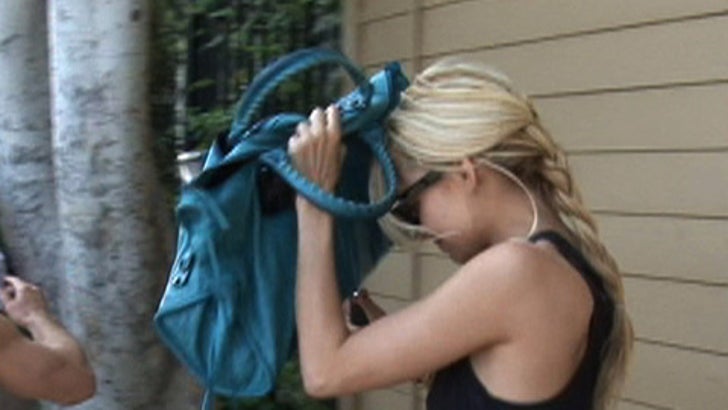 TMZ caught buffer-upper Teddy Bass picking off the paparazzi while escorting Richie to her workout, the camo-panted militant shouting, "Move! Get off the sidewalk!" as he pushed through the crowd. But cameras apparently took off or didn't care as much when it was time for Cameron Diaz's exit from the same gym, as Bass remained calm while he walked Miss D to her car. Victoria's Secret model Karolina Kurkova had no escort as she departed.

Later that night outside of Mr. Chow, Tom Arnold showed off a shiny metal baseball bat -- which he said he plans on using against the paparazzi "when it gets too ugly." Mr. Chow also hosted "Will & Grace"-in-syndie-star Eric McCormack, along with uber-hotties Cindy Crawford and Elisha Cuthbert.

All this and more in today's fit as a Richie version of Star Catcher.