Two months after the release of his raunchy homemade sex tape busted their relationship, actor/singer/swordsman Ray J is back on the ins with Whitney Houston. 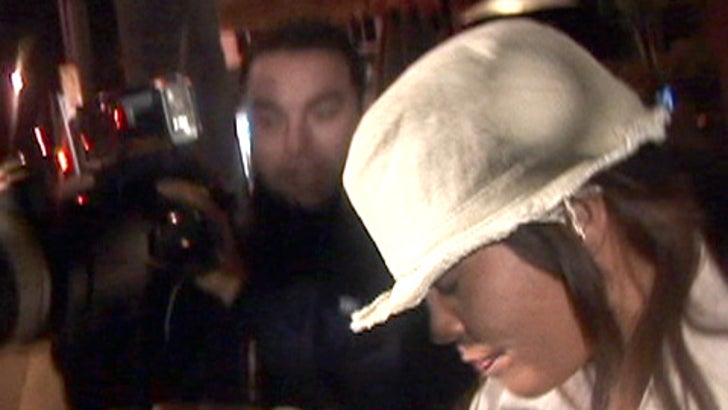 TMZ cameras caught the giddy pair last night on their way out of a romantic dinner at the posh Crustacean restaurant in Beverly Hills, the first time the couple's been spotted since Houston reportedly kicked him to the curb over his X-rated video exploits with former GF, Kim Kardashian.

The cause for Houston's sudden change of heart is unknown -- maybe she saw the tape!