Monday is Backwards Day for Lindsay Lohan -- who was spotted doing the Moonwalk to avoid full-frontal exposure. 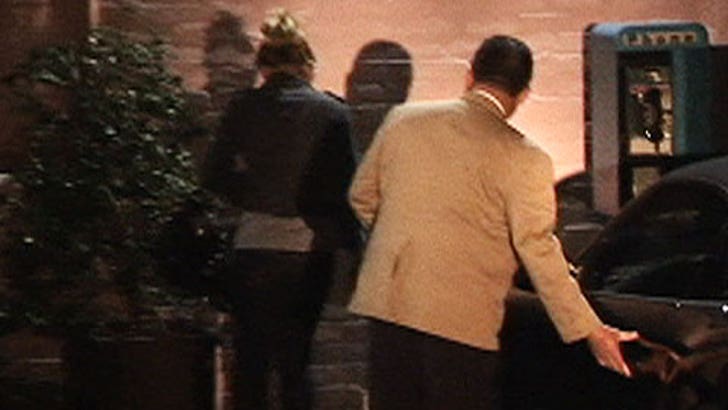 LiLo, never one to disappoint in the bizarre behavior department, was caught leaving the back door of Hyde last night -- walking backwards and side-stepping from the club in an attempt to hide her face from waiting photogs. Lindsay's buddy, celebuspawn Rumer Willis, left just minutes before but didn't seen to mind the attention.

As Linds finally approached her ride, the starlet let out a little shriek as she pulled a daring backwards freefall move into the drivers seat. She's sooo crazy!

Hey, at least she didn't fall this time!