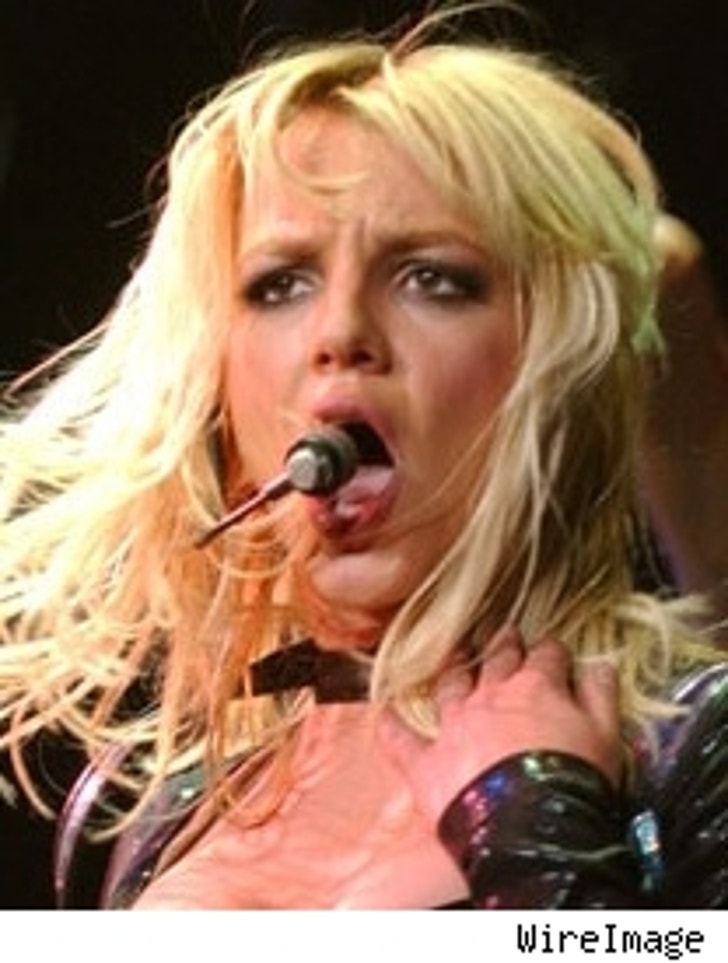 Britney Spears didn't even bother trying to fake-sing in her second comeback show, chewing gum through her lip-synching -- and she left the stage even more quickly than she did the night before.

Cellphones and cameras were taken from fans who waited two hours to get into the House of Blues in Anaheim, Ca., reports People, after video and photos popped up everywhere on the Internet. For its trouble, the crowd was treated to a 12-minute set (three minutes shorter than Tuesday's show in San Diego) during which Spears chomped her gum during songs, when she should've been singing, or at least making a reasonable simulation of doing so.

"She was a little off, a little slower than her dancers," one fan told People. The mini-tour continues tonight in L.A.

Usher Fires His Own Mom? 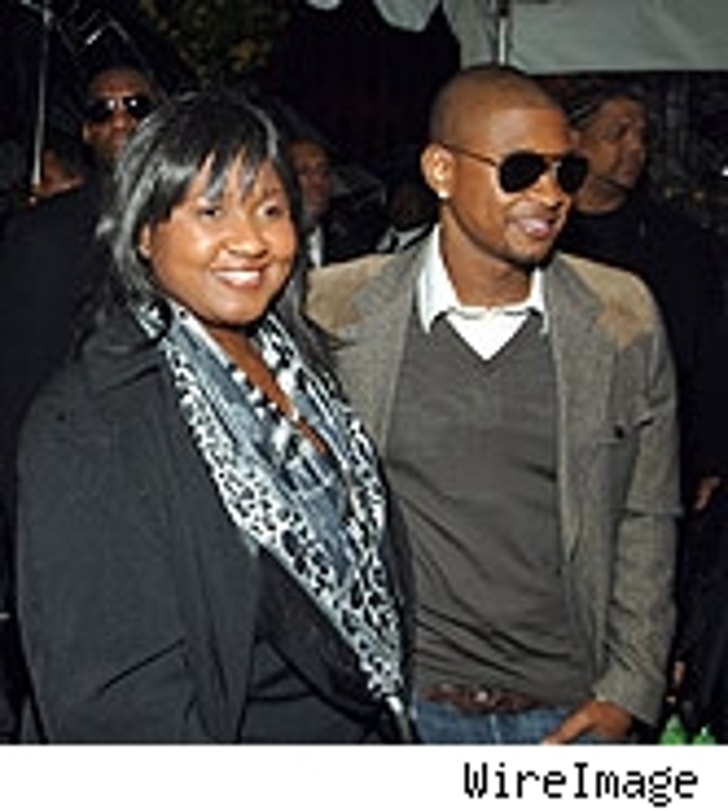 Hey mom, how 'bout a pink slip for Mother's Day? That's what Usher's telling his own mother, according to Rush & Molloy, as he's preparing to fire mom Jonetta Patton, who's been his manager since day one -- and it's all being fueled by Usher's stylist-fiancée, Tameka Foster.

"They definitely don't get along," says one source of Mama Usher and Foster, who is ten years older than the R&B superstar -- and who left her husband for him. The buzz now is that Usher may replace mom with fiancée, which is concerning execs at Jive Records, Usher's label, who praise the job that Jonetta has done. Usher's rep denies the rumor.

Leno Can't Tell One Latino from Another

Jay Leno is having trouble seeing. He tried to make amends at a comedy club with George Lopez, who recently called him a "backstabber" -- only problem was, the Latino comic he approached wasn't George Lopez, it was Paul Rodriguez. Leno explained that he "didn't have his contacts" in, and Rodriguez admitted, as only a comic can, "We Mexicans all alike." Said one witness to Rush & Molloy, "People who heard Jay thought it was bizarre. He's either getting Alzheimer's or he gone so Hollywood he doesn't remember his friends from his early standup days."

Eddie Murphy's family is officially denying a rumor that he's had a vasectomy. "As far as I know, this never happened," says Charlie Murphy, Eddie's comedian brother, to Us. "How would I know if my brother had a vasectomy? Charlie Murphy does not have the itinerary on any man's penis!" ... Bob Dylan may be a musical legend, but at his grandson's school in Calabasas, Calif., he's just a "weird man" who plays "scary" songs on his guitar, reports Page Six. ... Phil Stacey and Chris Richardson said their goodbyes on "American Idol" last night, leaving Blake Lewis as the only guy in the final four.