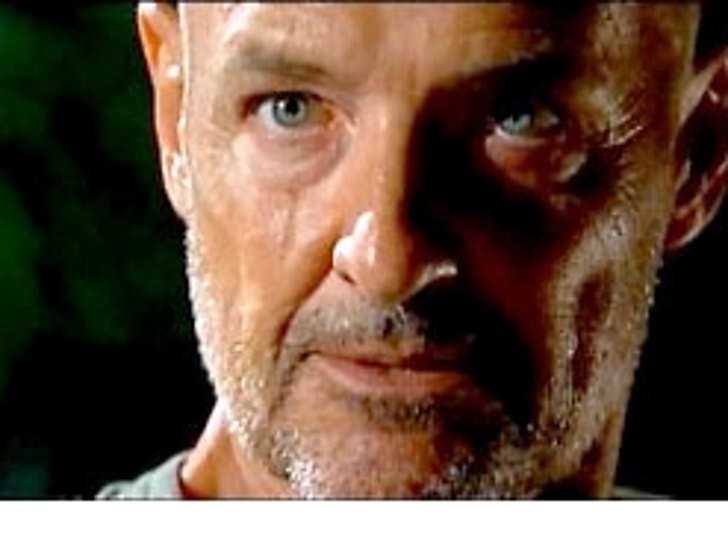 So I try and avoid promos and commercials as best I can, but they always find a way to creep in. This week, some people posted on TMZ about a confrontation between Locke and Sawyer. With Locke's dad looming on the island, I have to assume that this could be the week we learn that Locke's dad is the original Sawyer (the man who conned Sawyer's parents, driving his dad to kill his mom, then himself). If that's the case, tonight's episode could be off the charts.

For all you "Lost" Diary newbies, here's how it goes: I gather with a group of friends watching "Lost," writing what happens on the show as it happens, and throwing in my two cents along the way.

This week it's a special East Coast edition of the Diary. I am back in Queens, N.Y. for the week, so I am not with the usual crew. Instead, I am watching with just one other person; my mom. If she says anything about Sawyer along the same lines as Lauren usually does, it would be uncomfortable. Let's roll: 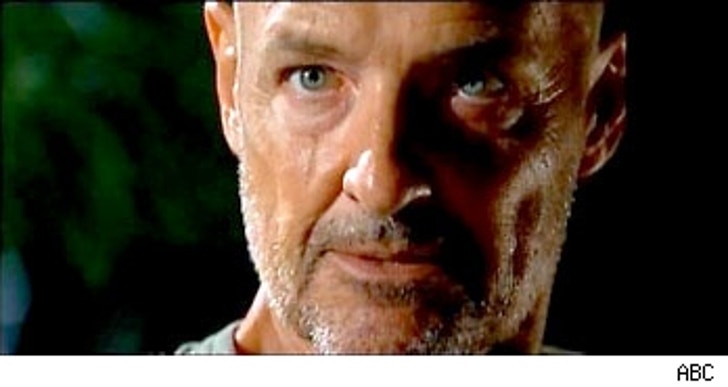 10:00 -- The "previously on 'Lost'" goes through Locke's history, so I imagine this will be the night we find out what he's been up to since we last saw him.

10:02 -- Normally during "Lost," I have no problem typing while a scene is going on. When Locke and Henry Gale are involved, I barely even breathe, much less type. What did Locke's dad mean when he said, "Don't you know where we are?"

10:03 -- "Would you like to come with us?" -- Henry Gale. Can I come too? Is it weird that I want to be Anakin Skywalker to Henry Gale's Chancellor Palpatine? Actually, don't answer that.

10:04 -- We cut back to Kate and Sawyer spooning. Would have thought Kate would have been the little spoon. Oh well.

10:08 -- So Locke has Henry Gale tied up in the forest -- would have thought it was his dad. Actually, I still think it is. I just figure Locke would have had a tough time explaining that one to Sawyer.

10:10 -- So as a gesture that he is ready to be a true Other, Henry Gale wants Locke to kill his father. And why should this take any convincing? I would think Locke would jump at the chance. Oh right, he's not a killer. We shall see.

10:12 -- My mom is actually taunting me with Charlie's presence. She's a loyal reader and more than aware of how much I hate him, but she doesn't have to rub it in.

10:13 -- So Desmond and the crew are keeping parachute lady hidden in a tent on the beach. My mom recognizes her as the chick from "Vegas." Good catch, mom.

10:14 -- Locke is bringing up Sawyer's parents. I feel my prediction is on its way to coming true. I am downright giddy.

10:16 -- Sawyer says he won't kill anyone, Locke says he'll change his mind. Prediction time: since it's pretty obvious Locke has his dad tied up somewhere and not Henry Gale, do you think Sawyer will kill Locke's dad? I go with yes.

10:20 -- Parachute lady is named Naomi. Good to know. Other than that, I don't know what to make of her whole story.

10:24 -- "The hesitation that you're feeling is just the part of you that still feels like he has a perfectly good explanation for stealing your kidney, throwing you out of an eight story window." -- Henry Gale. I bow at the feet of Henry Gale.

10:26 -- Man, the Others sure enjoy gathering to watch a man get stabbed on a pillar.

10:29 -- Yup, Locke's dad is the one tied up. Things should really start to get interesting.

10:34 -- If Locke weren't harboring a couple of hostages, I would hope that he would have asked Rousseau what she wanted with all that dynamite. I am pretty sure a crazy French woman should never be given a whole crate of explosives.

10:35 -- So Alpert gave Sawyer's file to Locke so that he could figure out Sawyer's connection to his dad. Great move.

10:37 -- "If there were any bullets in that gun, why would you hold a knife to my throat?" -- Locke. That right there is what makes him John Locke.

10:38 -- So, apparently, the Others staged a car accident so they could get Locke's dad onto the island -- or at least that's how it sounded. Interesting note: Locke's dad referred to Locke as his "dead son." This probably confirms Naomi's story about Oceanic Flight 815 being "found" and everyone aboard being "dead."

10:42 -- "Sawyer's my name too." -- Sawyer. Just a great scene all around. Very possibly the best scene not involving Locke or Henry Gale this season.

10:56 -- "We should tell her." -- Juliet. Well, I guess that confirms that Jack is working with Juliet somehow. But tell her what exactly? Something is up here. They are definitely double-crossing Henry Gale somehow.

10:57 -- Locke is giving Sawyer Henry Gale's tape recorder so he can go back and warn the camp that the Others are coming soon. Seems like Juliet and Jack might be on verge of warning them anyway.

10:59 -- Remember when Henry Gale said, "Unless you're carrying your father's body on your back, don't bother"? Guess Locke is taking that literally.

I can often judge an episode by how many quotes I write down. I am a huge fan of dialog -- Aaron Sorkin and David Mamet being the masters. When Locke and Henry Gale are prominent in an episode, I know I am going to get some great scenes. You can just tell the writers of the show love writing for those two characters.

I am giving this episode a B+. I really enjoyed seeing how Locke had spent his time with the Others. The performances and writing were top notch and there were at least three scenes that had me holding my breath. No startling revelations (we all saw the Sawyer/Locke's dad thing coming) and no killer ending is what kept it from getting an A.

A couple of leftover, random thoughts before I finish. What did Henry Gale mean when he kept saying that Locke was the one that brought his dad to the island? Will the island take revenge on Sawyer for killing someone? A meeting with the black smoke monster, perhaps?

Before I get to this week's question, I owe you guys my answer to last week's. "The Wire" is my favorite show on television and is probably the best show of all-time. If you don't watch it, and if you trust me on the matters of television at all, you'll rent season one when you have a chance. Nothing else compares.

On to our question for this week: As a fan of shows like "The Shield," I have no problem when good guys do bad things. Locke's dad was a shitty guy who ruined Sawyer's life. I am perfectly okay with Sawyer killing him. Are you? See you next week.