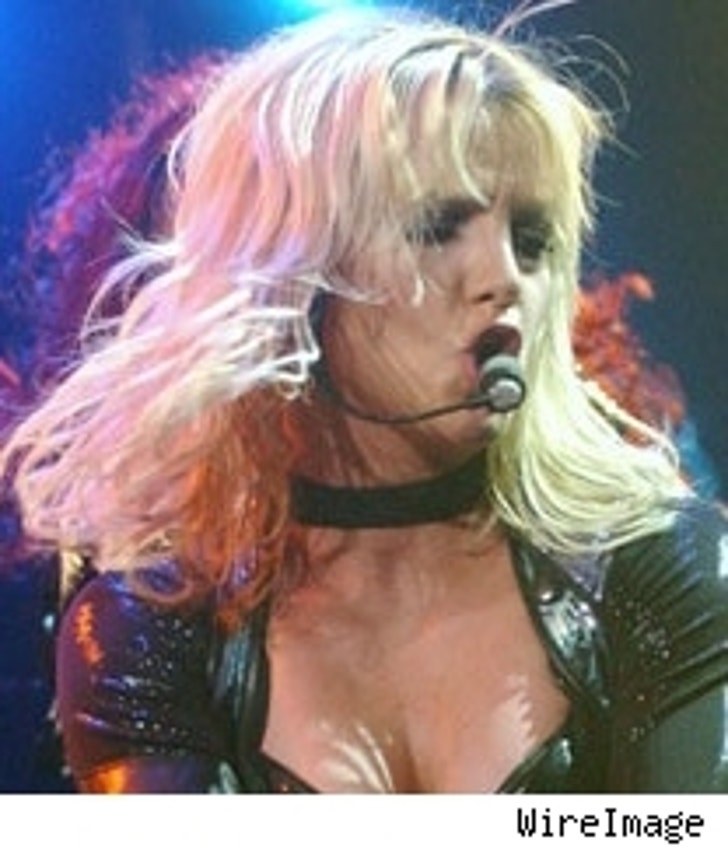 Britney Spears gave the shortest show yet on her "comeback" mini-tour last night in L.A.-- and TMZ spies report that none other than Lindsay Lohan was there to catch the action -- all 11 minutes of it.

Our eyes inside noted that Brit donned a new wig for her big show at L.A.'s House of Blues, and that it managed to stay on without the aid of a headband. There were no naughty references to drug use, as had been reported from another show, and Spears left the stage with a terse, "Thank you L.A."

Meanwhile, Britney's aunt, Chandra McGovern, tells "Inside Edition" that the pop star's family has been "very disappointed" in Brit's crotch-flashing, head-shaving, SUV-slugging antics. "It was a rebellion against everybody," says Aunt Chandra of the bald head.

Katie's Not Tied Up in Basement, Says Jada 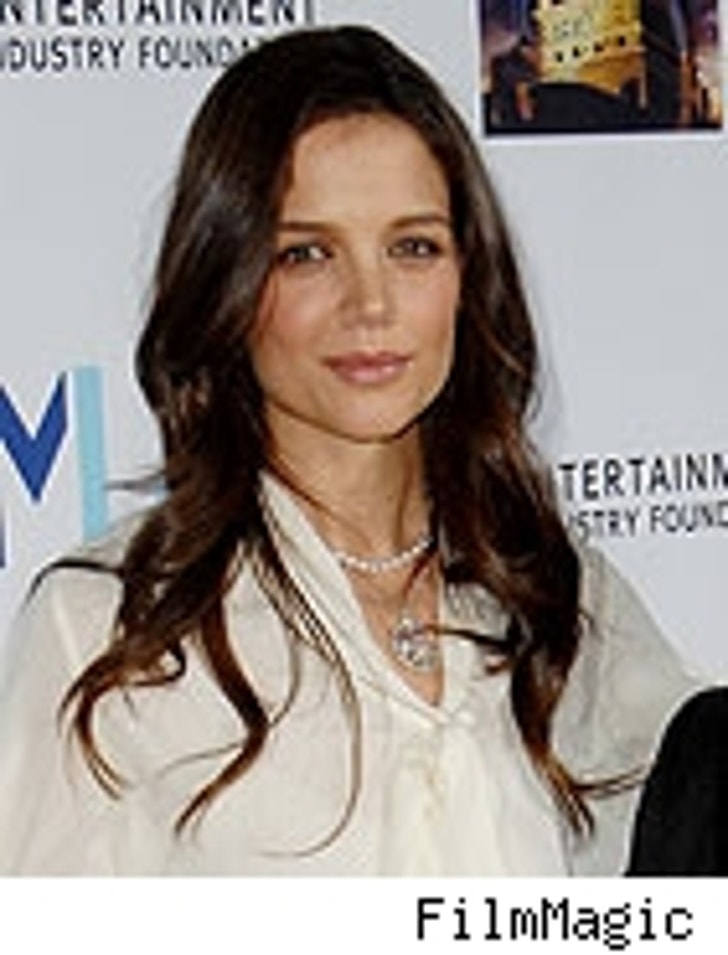 At least someone wears the pants in the Cruise-Holmes household, if Jada Pinkett Smith is to believed. The actress and family pal tells People that Holmes is "running her own show," despite rumors that Cruise has tight rein over his wife's life. "Kate ain't no little wimpy kitty cat," says Pinkett Smith. Other friends of the Cruises weigh in, claiming that the couple do normal things like going to baseball games and making popcorn before watching movies. As for concerns that the Church of Scientology is running Holmes' life, Pinkett Smith says, "People think Tom and the Church of Scientology got something on Kate? They don't." 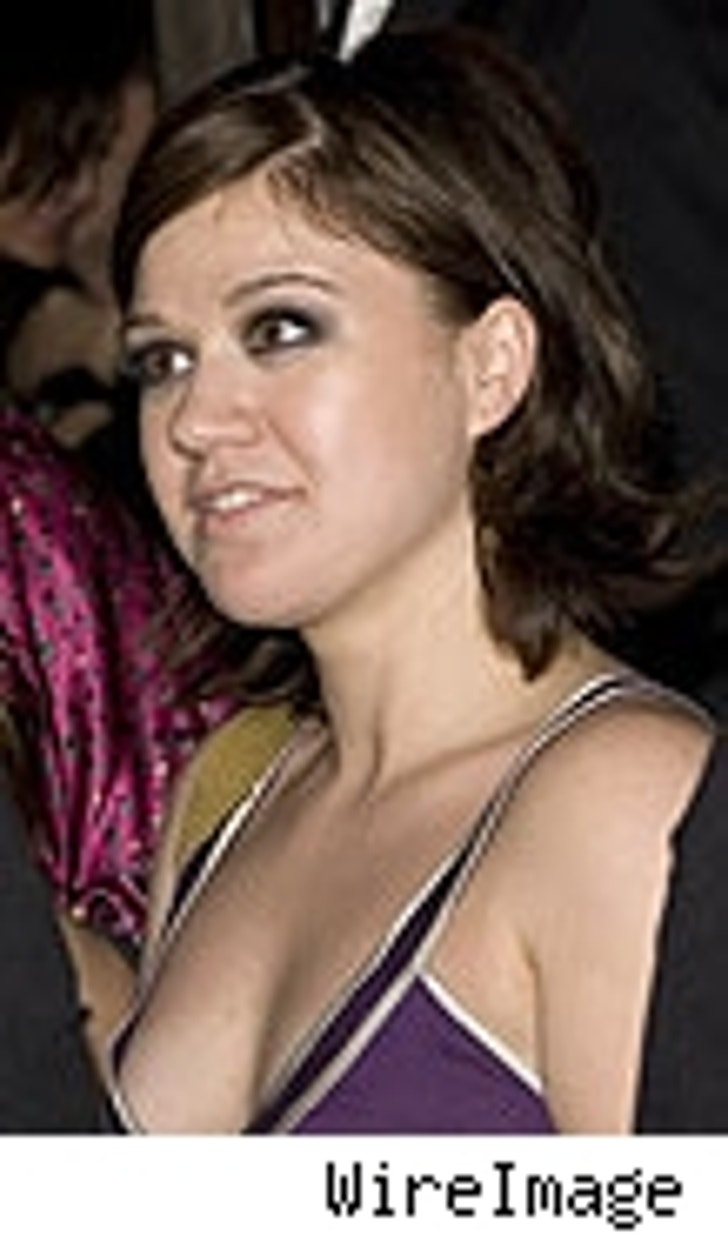 Original "American Idol" Kelly Clarkson is having serious musical issues -- her album is reportedly being s**tcanned after her record label's boss, Clive Davis, decided that he hated the new tracks. According to a British tab, the Daily Star, Davis was "absolutely merciless in his criticism" of Clarkson, and it's back to the mixing board to get new songs recorded. Clarkson has won multiple Grammys and has sold more records than any other former "Idol" winner. No word from reps as to the status of the album. 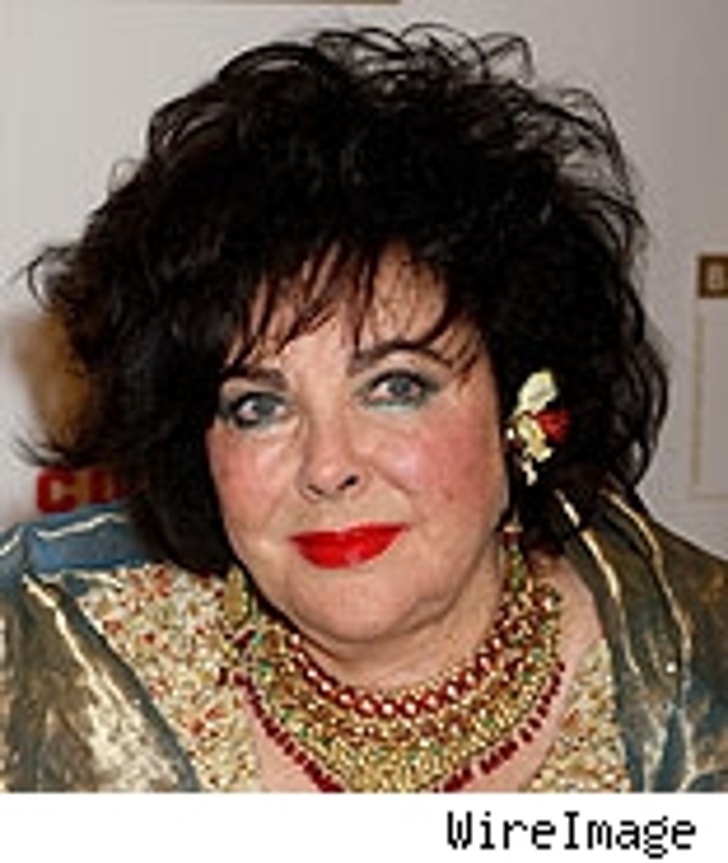 "Simpsons" creator Matt Groening tells Playboy (via Rush & Molloy) that he actually enlisted Elizabeth Taylor to voice the first words of baby Maggie -- "Daddy" -- but after 24 takes ("They were always too sexual," says Groening) the screen legend told him to "F**k off" and bailed. ... Did NBC pay $2.5 million to get Matt Lauer an exclusive with Princes William and Harry? Sources tell Page Six that while NBC News didn't (and wouldn't) pay for the access, NBC itself paid the big bucks for the rights to air the Princes' tribute concert to their late mother, which had an interview attached to it. ... That SUV that Busta Rhymes was driving yesterday when he got popped for DUI? Turns out, according to the New York Daily News, that it was a $225,000 armored version that's more like a tank than a mere truck.