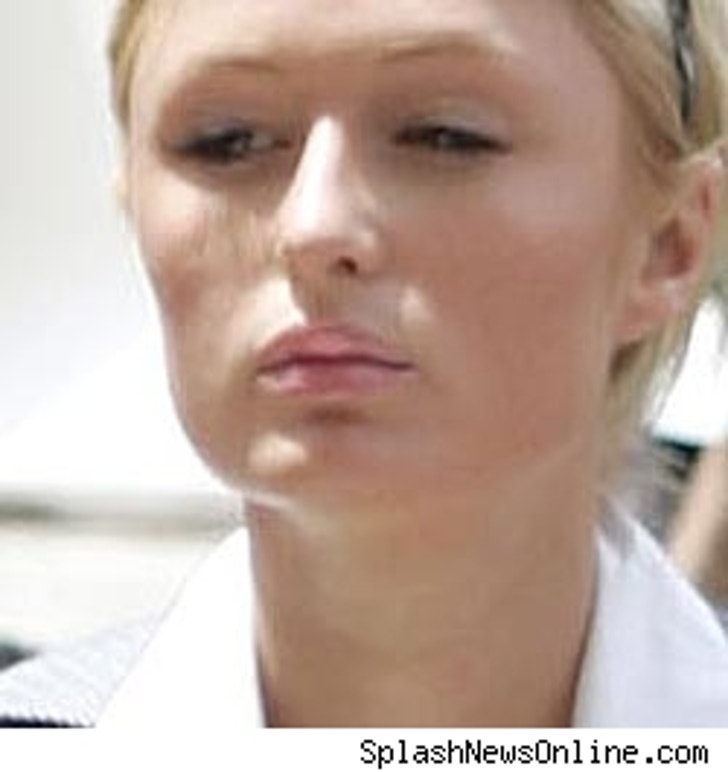 TMZ has learned that the judge deciding Paris Hilton's fate is currently in his chambers pondering the deeds of the embattled heiress. His decision on whether Hilton will go to jail for violating the terms of her probation (by driving with a suspended license in February) is expected to be announced any minute.

Before he left the courtroom, the judge heard three witnesses on each side of the case, including Hilton.

On the stand, Hilton blamed the violation on her rep Elliot Mintz, telling the judge that Mintz misled her into believing that her license was valid. In fact, Hilton's license was suspended after she was busted for DUI on Sept. 7, 2006. CHP officers told the judge that they informed Hilton of her situation -- to her face -- when they pulled her over on January 15. Hilton was not cited for that incident.