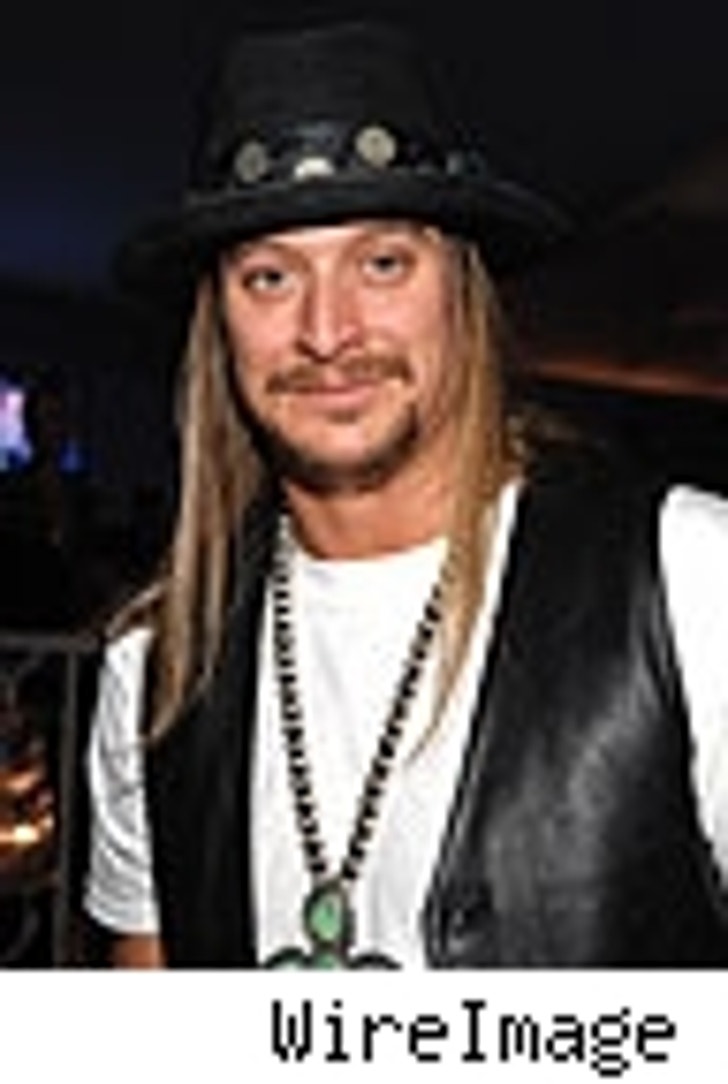 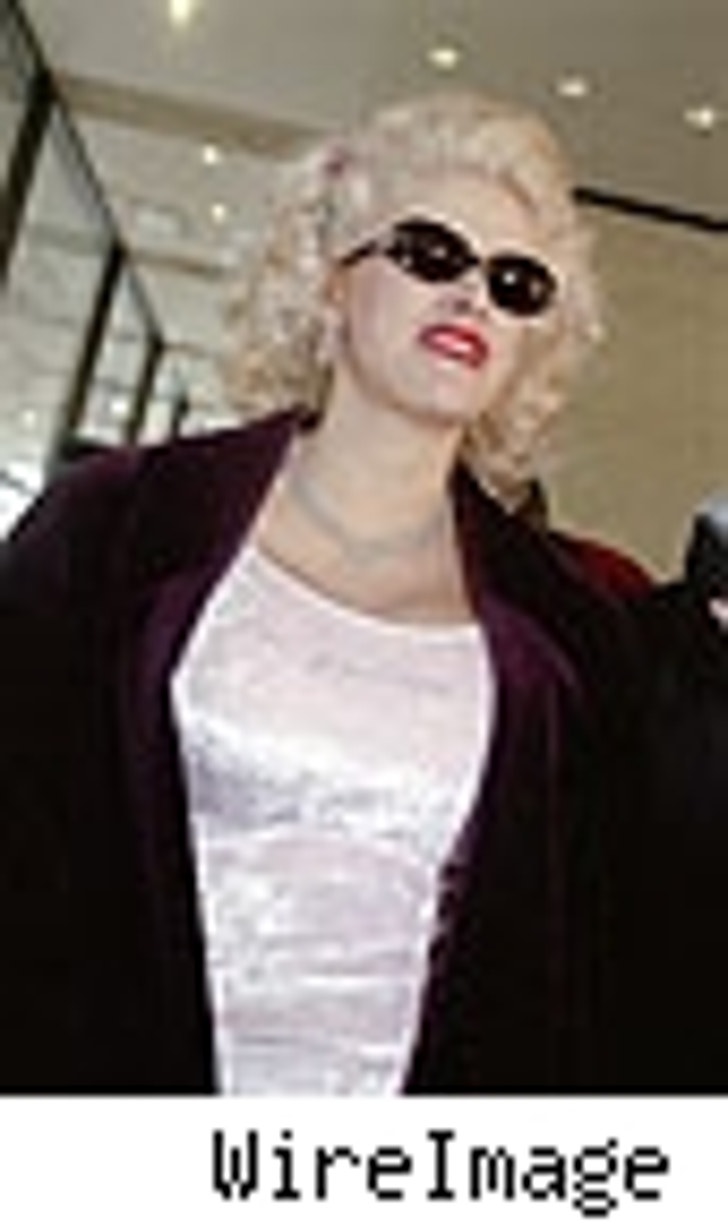 Kid Rock makes enemies everywhere he goes -- including Anna Nicole. At last year's Kentucky Derby, the jock rock cowboy went toe to toe with Anna Nicole because she was making a scene while filming a TV show. The Rock told Maxim magazine, "I had my son with me, and she strolls in shooting a TV show, so I politely ask her 'Miss, we're just trying to have a good time, and you've got those [bleeping] cameras rolling. And she was like, '[Bleep] you.' So I was like '[Bleep] me? [Bleep] you. You're a [bleep]ing pig.'"

But rather than storm off diva-style, Anna Nicole gifted Rock's son with $300, apologizing for the blow up. "I didn't know about it until we got home 'cause he bought some Nintendo [bleep]. I'm like, 'Where did you get the money?' He's like, 'That blond girl with the big boobs gave it to me.'" 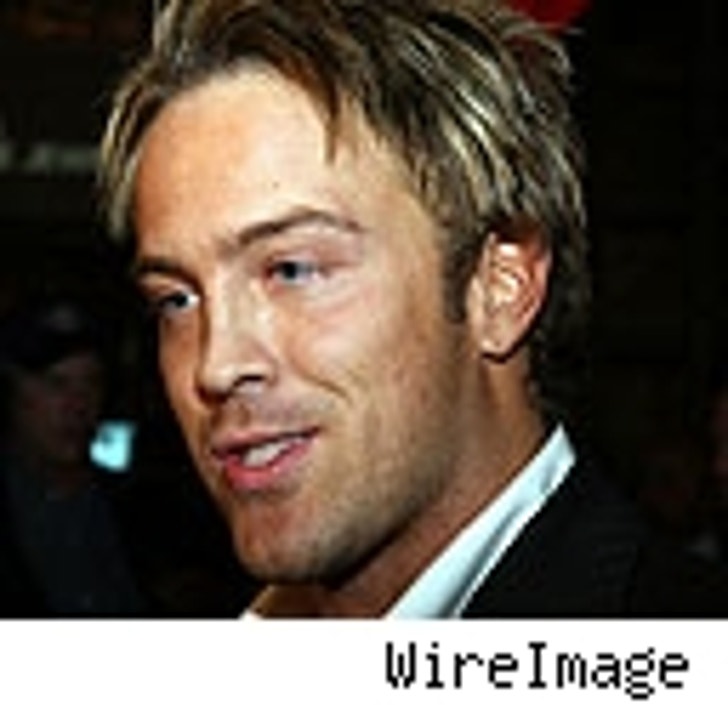 Dannielynn baby daddy Larry Birkhead's love affair with Anna Nicole started at the Kentucky Derby in 2004. Yesterday, Birkhead made an appearance at the Barnstable Brown, the soiree where the star-crossed lovers first crossed paths. "It's exciting, but it's sad," Birkhead told an AP reporter.

The event, which raises money for diabetes research, was also attended by Jerry O'Connell, Jenny McCarthy and Cybill Shepherd, among others. 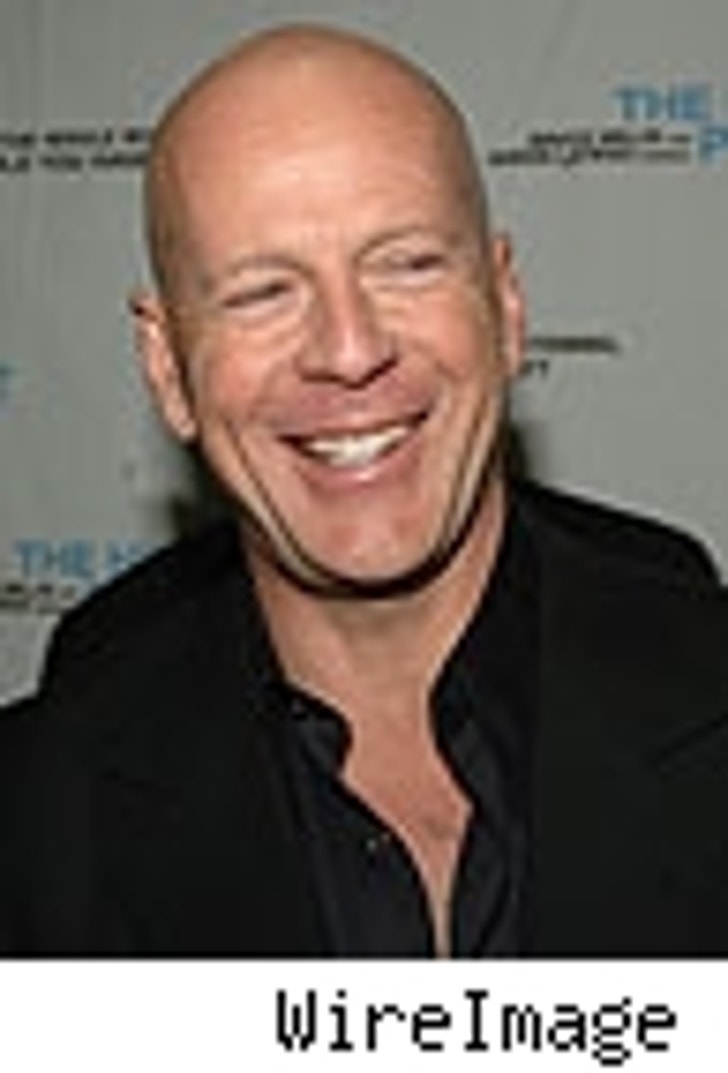 Does Bruce Willis know something we don't? In this month's Vanity Fair, Willis divulges who JFK's real killer was -- and it's not Lee Harvey Oswald. "They still haven't caught the guy that killed [President] Kennedy. I'll get killed for saying this, but I'm pretty sure those guys are still in power, in some form. The entire government of the United States was co-opted. But, he adds, "I don't think my opinion means jack [bleep], because I'm an actor. Why do actors think their opinions mean more because you act?" Good question.

"Mulholland Drive" and "Eraserhead" director David Lynch is launching a global initiative to eliminate poverty and promote peace. One major part of his program is teaching more than a million students to practice meditation. The weird wonder has meditated at least twice a day for the last thirty years. ... Fandango.com reports that the new "Spider-Man 3" is selling out four times faster than "Spider-Man 2," putting it on track to be a major record breaker. "Spider-Man 2" was the third biggest film of 2004, bringing in more than $784 million.