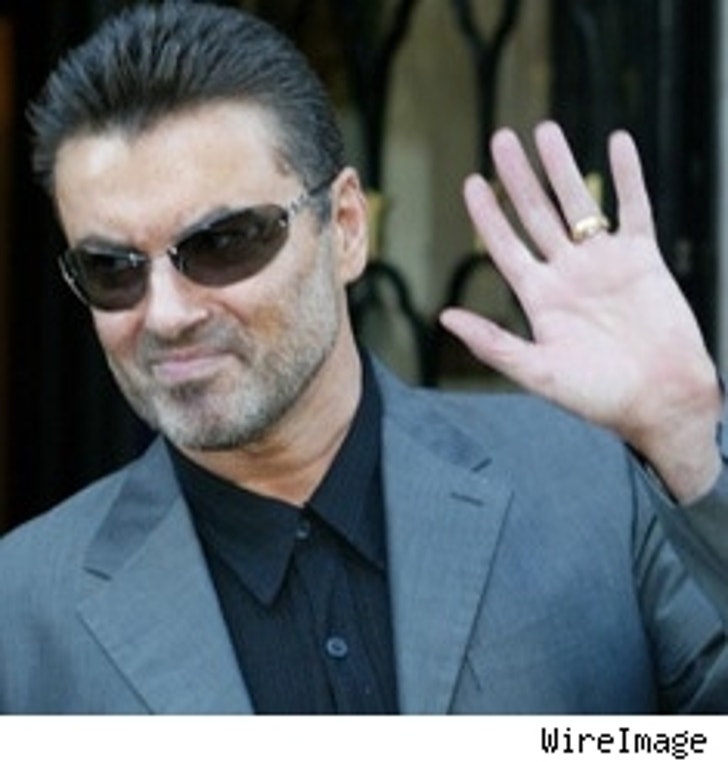 George Michael has just pleaded guilty to a charge of driving while unfit through drugs, admitting he was just a little too funky on prescription meds to handle a car when he was arrested last October.

The singer told the court in North London, according to wire reports, that he got into his car "when I was unfit to drive" and that his slumped-over-the-wheel episode was "fairly predictable considering how much work I had done that week." Cops arrested Michael -- real name George Panayiotou -- when motorists complained that a Mercedes-Benz was blocking traffic in North London and then found the "Monkey" singer passed out.

Michael will be sentenced May 30, after more drug tests are administered. A charge of being in charge of a vehcile while unfit through drugs was dropped by the Crown Prosecution Service.

The troubled pop star was discovered snoozing at the dashboard -- in a Range Rover -- last May, and was cautioned for drug possession last February.