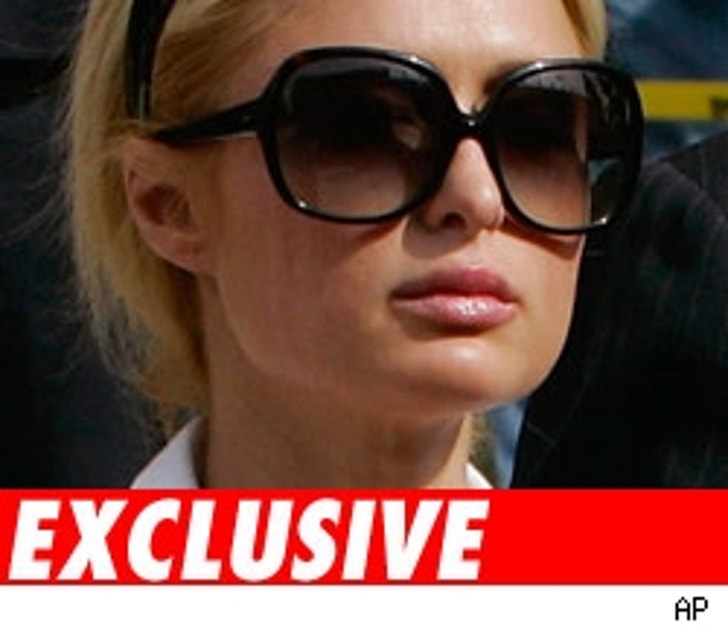 Paris Hilton could break out of her 45-day jail sentence six days ahead of schedule -- but only if she's on her best behavior. In other words, she MUST serve 39 days minimum, and there's no way out earlier.

TMZ has learned that Hilton is eligible for a "Good Time/Work Time" credit, a federal mandate which offers a chance to leave the joint early -- for inmates sentenced to 11 days or more. According to the mandate, every four days that an inmate spends behind bars "in an acceptable manner" will count as six. So, as long as Paris doesn't smuggle in a BlackBerry or stab a fellow inmate with a shank carved from a bar of soap -- she should be back at Hyde after just 39 orange jumpsuit-clad days!

Another way Hilton could be released sooner is if the jails became overcrowded in a short period of time due to a special circumstance, like a giant city-wide riot. A federal order would allow the most non-violent offenders to be released first to make room.

Police sources tell us that the Hollywood hills resident will enjoy a 24-person POD for "special needs inmates," and she'll be bunking with a fellow convict. Finally, being a socialite comes in handy!

The judge has ordered that the celebutante is to receive "no alternative sentencing," which means no work furlough, no home detention, and no city jail programs. And you thought being an heiress was easy.