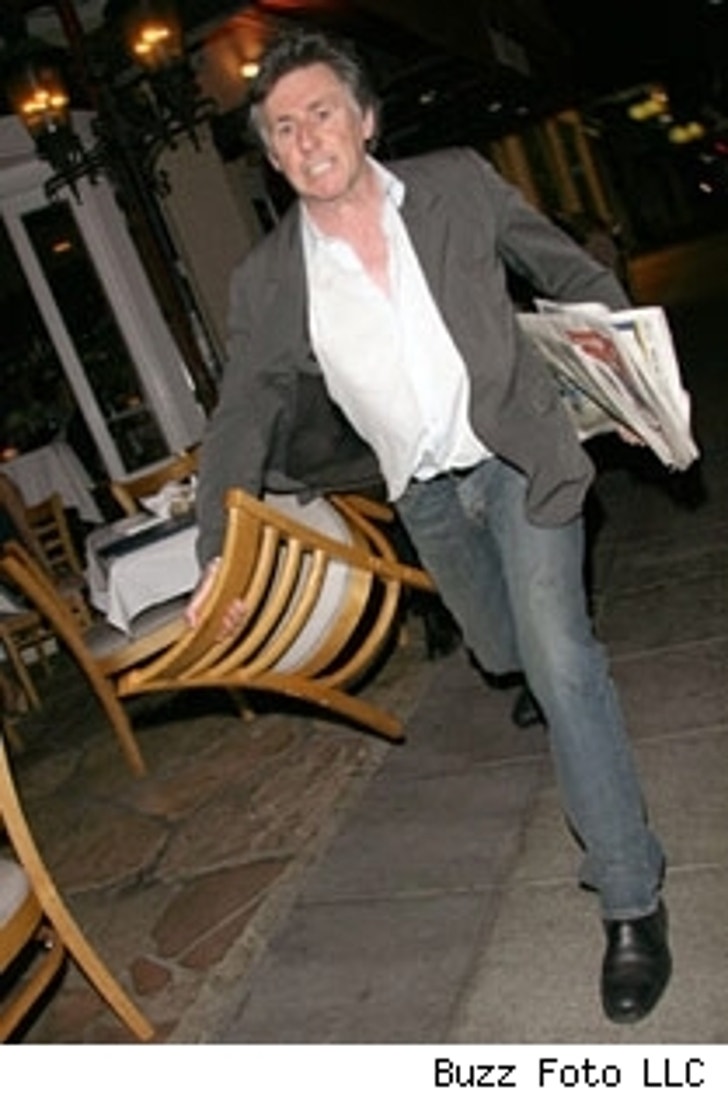 Photogs attempted to snap a few shots of "Usual Suspects" star Gabriel Byrne as he walked by hotspot Il Sole last night, when the actor responded -- by flinging furniture! A camera light was broken in the ensuing melee.

According to our photog at the scene, Byrne lost control as snappers clicked away outside of the restaurant, yelling, "Get that f**king camera out of my face!" Shortly after, Byrne "pushed" TMZ's female photographer, grabbed the light from her camera and slammed it to the ground, shattering pieces on the concrete. Our photog says that Byrne tried to retreat, but when he noticed another cameraman waiting behind him, he grabbed a chair from a nearby restaurant and flung it at the shutterbug! 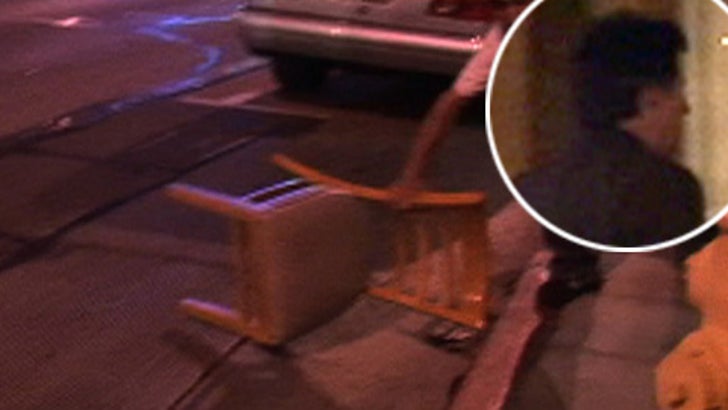 The unseated Byrne then waited inside the eatery until the photogs left.