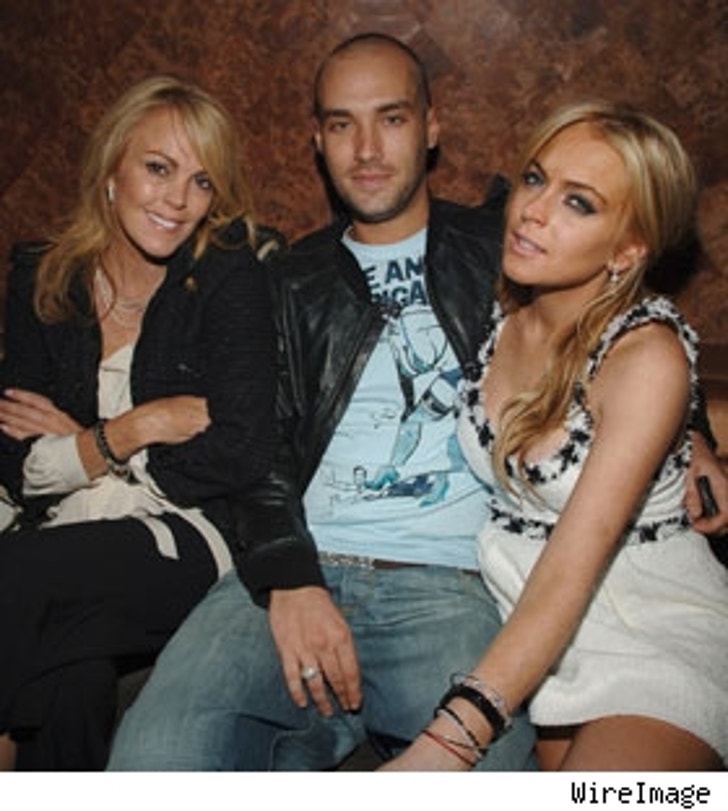 Lindsay Lohan took the Fifth when asked about Paris Hilton on the "Late Show," but admitted that she deserved the third degree for playing hooky on the set of her film "Georgia Rule."

The starlet appeared on Letterman last night and was subjected to a hilarious game of Rumor-Debunking, including whether she really did run over that photog's foot with her car ("So faked," said Lindz), whether she actually does toss people's things into the garbage for fun at clubs (false), and whether, as Dave put it, she's ever had "an ass job in Mexico" (Uhh...).

But when Letterman brought up Paris Hilton and her DUI troubles, Lindsay wouldn't go there -- "No comment" -- though she did admit to being "immature" and "irresponsible" on the set of "Georgia Rule," and hinted that co-star Jane Fonda had dispensed not-exactly-gentle on-set advice.