Paris was rumored to be the reason for Sophia's split from Chad Michael Murray -- so don't expect Miss Bush to be sporting a "Free Paris" shirt. 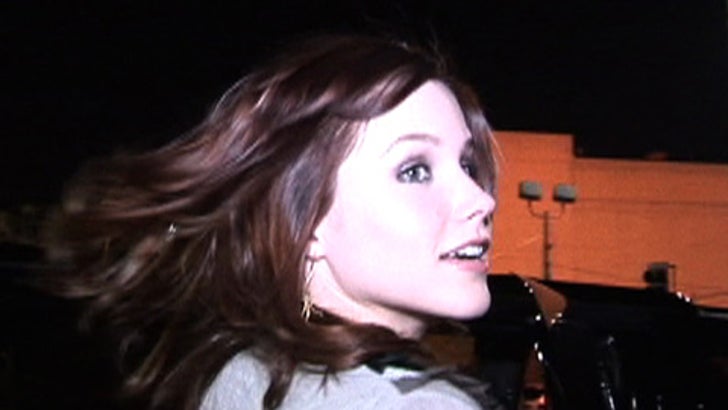 TMZ spotted the raspy voiced "One Tree Hill" starlet last night outside the Avalon, where Bush could do nothing but laugh when asked if she thinks Ms. Hilton deserves to go to jail. One of her girlfriends even shouted "She does!" as the rest of the group just kept giggling.

Gossip spread that Bush's ex-husband, co-star Chad Michael Murray, hooked up with Hilton during the filming of "House of Wax," something Hilton's ex-boyfriend Nick Carter confirmed on KIIS-FM. Bush, attempting to be the better person in the situation, tried to shut her buddies up last night, telling them, "If you don't have anything nice to say, don't say anything at all." Or call TMZ.