Rock's ruling family, the Osbournes, were in Sin City this weekend -- making friends with a quite random group of celebs. 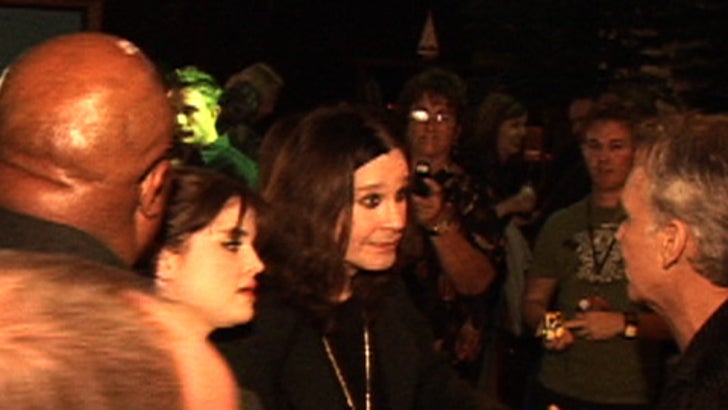 In town for VH1 Rock Honors, Prince of Darkness Ozzy Osbourne was spotted talking with Billy Bob Thornton in the show's green room -- while Ozzy's daughter Kelly acted as translator for her seldom comprehensible dad.

Kelly had a little fun on her own later, joining up with Bam Margera and his mom at a House of Blues after-party benefitting the VH1 Save the Music Foundation, along with showman Jeff Beacher ... while mum Sharon was caught posing for photos and joking around with Robin Williams. This family gets around!