Lance Bass is driving himself crazy, at least according to one of his former band mates. 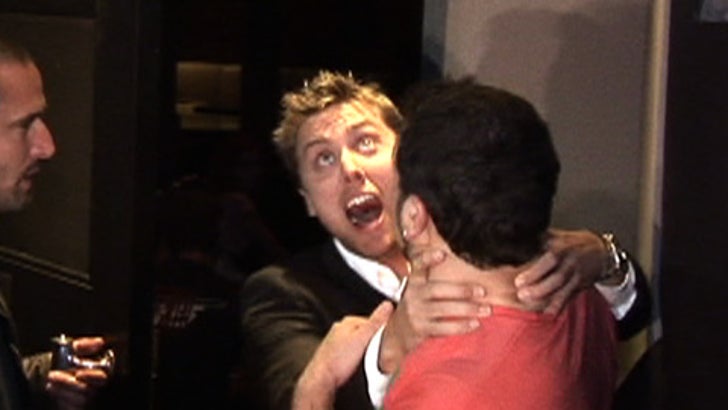 TMZ spotted *NSYNCer-turned-"Dancing with the Stars"-contestant Joey Fatone outside Parc last night, where he told cameras Bass wrote a book so he could work out his "issues." The memoir, titled "Out of Sync" (real title, we swear), doesn't come out until October, and Lance didn't appear to have much faith in it when he told our cameras outside Parc, "It's gonna flop!"

All this and more in today's therapeutic edition of Star Catcher.