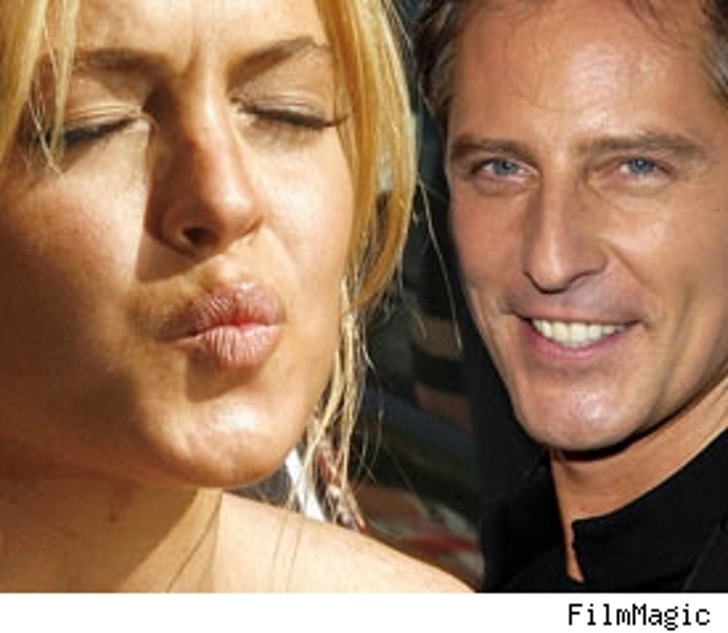 Lindsay Lohan has snagged a "Trading Spaces" alum to design her new NYC condo ... don't worry, it's not Frank!

Sources tell TMZ that LiLo met today with Doug Wilson -- who now hosts TLC's "Moving Up" -- to go over the decorating plans for her swanky new Manhattan digs at the Atelier on 42nd Street. Lohan, along with boytoy Calum Best, stopped by to check out Wilson's progress -- and was seen giving him a goodbye kiss outside the building. We're told she is thrilled with his work so far.

Wilson might consider some waterproof flooring though ... Lohan is famously forgetful with bathtubs.