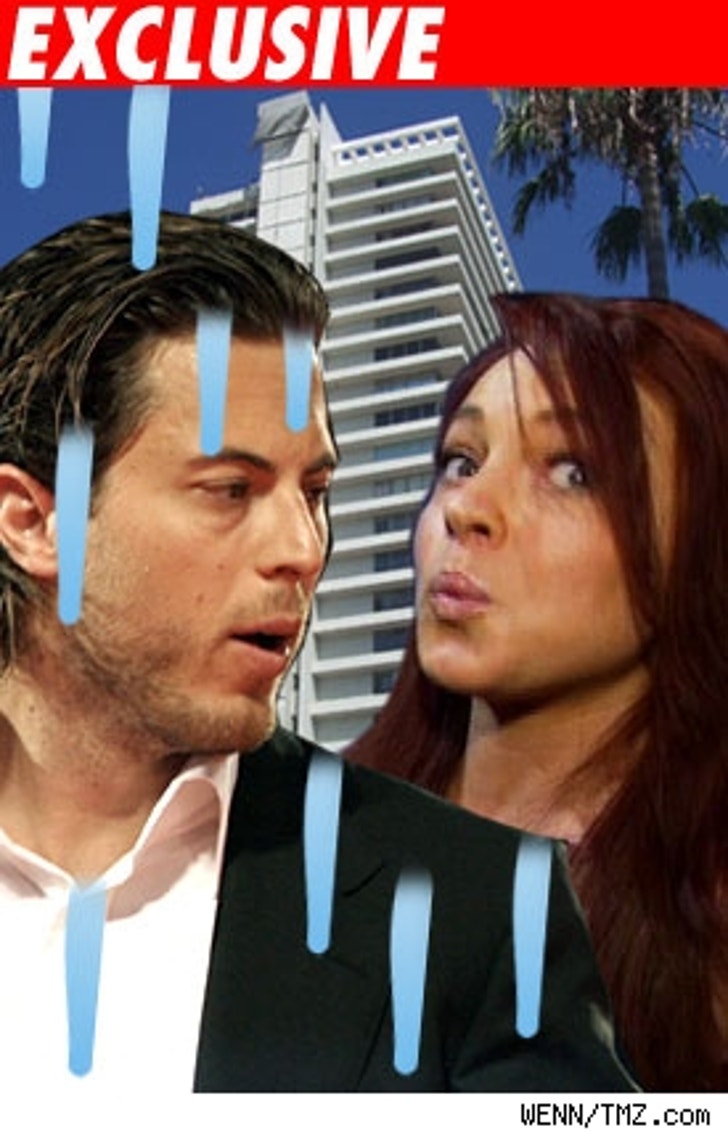 TMZ has obtained an incident report from Lindsay Lohan's West Hollywood condo which details some serious damage she did to Harry Morton.

Contrary to published reports, the culprit was not a faulty pipe. According to the incident report, security officers at Sierra Towers went to Lindsay's unit, walked into the master bathroom, "and found the water overflowing in the bathtub." The security officer humbly wrote, "It seems that they left the faucet on. I turned it off."

Lindsay's rep told TMZ Lindsay and her assistant, Jenny, were in New York on the night in question, but TMZ has video of Lindsay at an L.A. club that very night. Lindsay's rep added, "We're very suspicious."