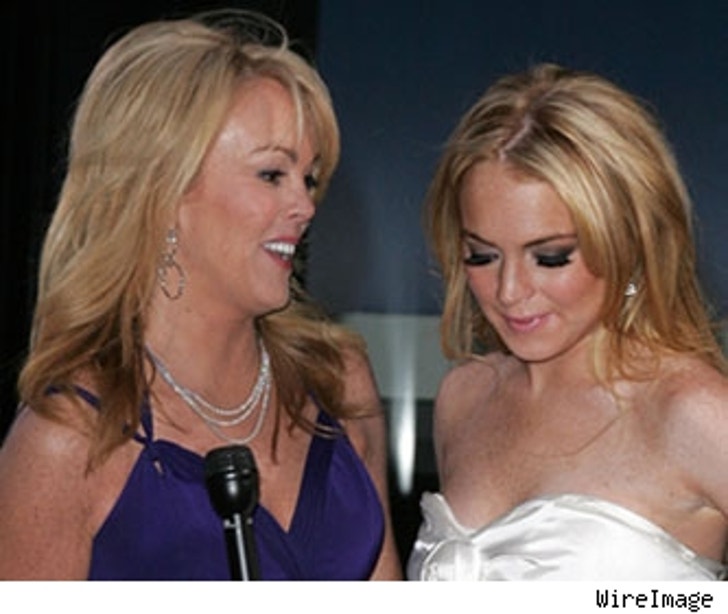 It's one of the immutable laws of celebdom today: Stick a microphone in Dina Lohan's face, and she will talk, and talk -- and talk some more! Rather than trying to help Lindsay keep a low profile, Dina just throws up her hands and says, in effect, Hey, she's young! Thanks mom!

As an interview in the upcoming Us Weekly proves, some of Mama Lohan's replies are just disturbingly odd. When asked about how Lindsay's holding up after photos of her surfaced supposedly showing her doing drugs in a bathroom (vehemently denied by her rep), Dina says, "Lindsay doesn't even know who her friends are." Well, that's encouraging.

And then, justifying LiLo's incessant clubbing (even post-rehab), Dina says that the partying "is the fun part of the business," and points out that her progeny will be a ripe 21 in a few months. "She is so misunderstood," says Dina.