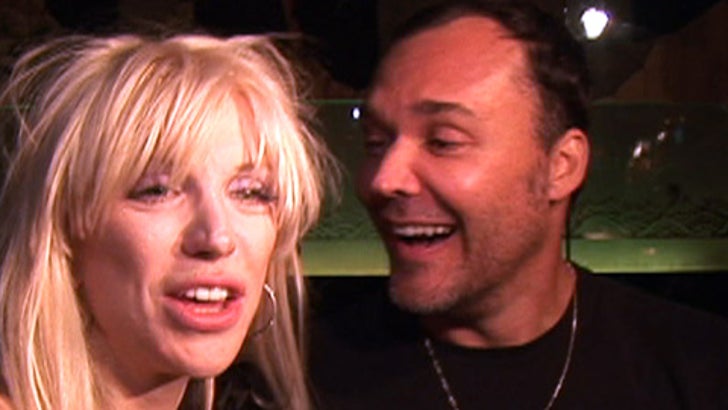 Affecting a French accent, the widow Cobain introduced her new swain, saying, "This is David LaChapelle ... and he is not a homosexual." Okay.

On leaving the chopstick palace, a fan asked for her to sign a photo, which Courtney recognized as one that LaChapelle had taken, and offered to have him sign it too. When the fan said, "no thanks," a pissed Miss Love refused to sign it, while Dave had a more succinct response!