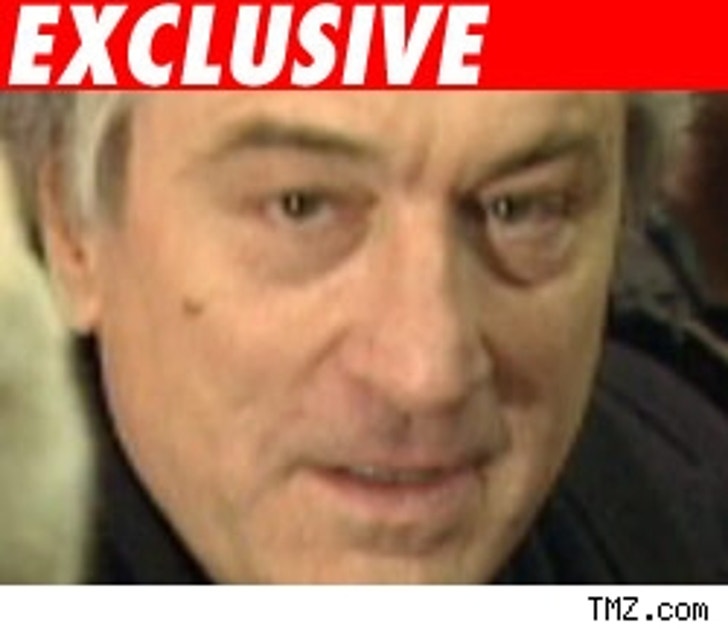 Oscar winner Robert De Niro has filed a motion against Fireman's Fund Insurance to dismiss a suit the company filed against him in 2006. De Niro's rep Stan Rosenfield tells TMZ "This was filed in response to Fireman's Fund's decision to sue Robert De Niro because he was diagnosed with cancer."

According to the motion, filed today in a U.S. federal court, De Niro was diagnosed with prostate cancer in October 2003. The documents say that when he was diagnosed, De Niro was days away from starting work on the film "Hide and Seek." Because of De Niro's diagnosis and subsequent treatment for his illness, he was unavailable to start working on the movie as scheduled, and shooting was held up almost 60 days. Due to this delay, Fireman's Fund, the insurance carrier on the film, paid over $1.8 million to reimburse the studio for its lost costs. In October of 2006, Fireman's Fund filed suit against De Niro, claiming he misrepresented the state of his health on a medical certificate they issued him for the film.

De Niro claims that he was diagnosed on October 15, 2003 after undergoing a prostate biopsy on the 10th. The medical certificate filed with the insurance company was dated two days earlier, on October 13. Fireman's Fund acknowledges in their suit against the actor that he had not yet "been diagnosed with or treated for" prostate cancer, but they decided to sue him anyway. De Niro, in today's motion, says there was no way he misrepresented his health on the certificate because he hadn't yet been diagnosed with cancer.

De Niro is asking the court to immediately dismiss the lawsuit against him.

A call to Fireman's Fund was not immediately returned.